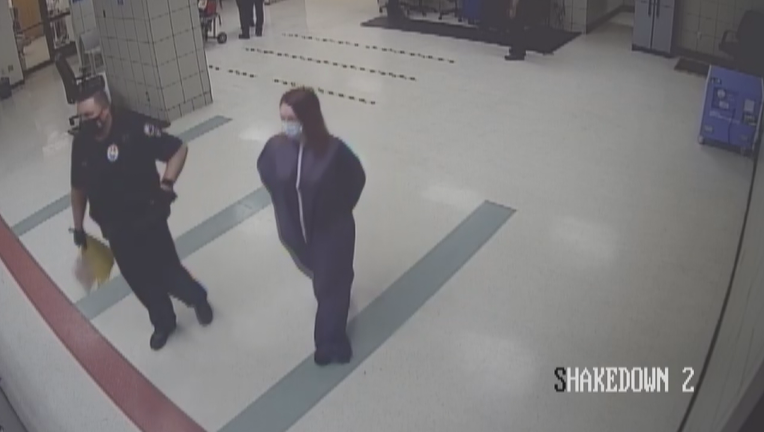 IRVING, Texas - Bond has been set at $6 million for the woman Irving police say admitted killing her two young daughters.

Madison McDonald was transferred earlier this week from the Irving jail to the Dallas County jail. She is charged with two counts of capital murder.

Lobby surveillance video shows McDonald walking into the Irving Police Department and using a phone to call 911. According to police, on the call, McDonald said she smothered her one and six year old daughters.

The court has appointed an attorney for McDonald.