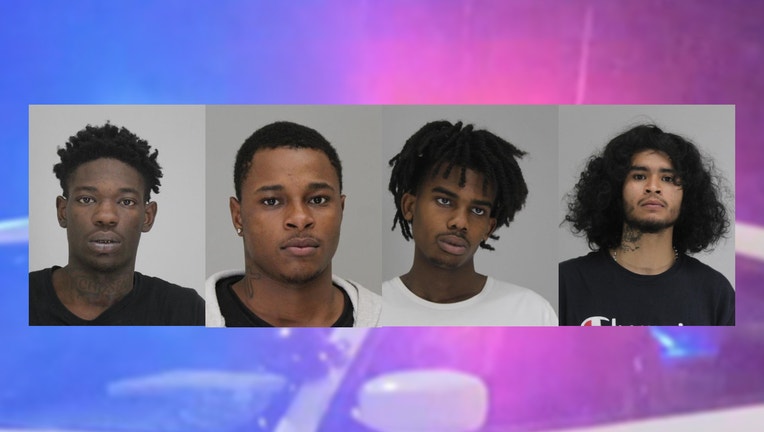 DALLAS - Four young people are under arrest in connection to a deadly shooting in Dallas on Friday.

Police on scene found a 17-year-old male who had been shot once in the leg.

While investigating the first shooting, a second 911 call came for a victim at East R.L. Thornton Freeway and East Grand Avenue. Police found 19-year-old McKambry Perkins there with a gunshot wound.

Both shooting victims were taken to the hospital. Perkins died from his injuries.

Police investigators say both victims were shot during the incident on Beck Avenue.

Police are still looking for one suspect in the case.

Crimestoppers will pay up to $5,000 for any information that helps lead to an arrest.

Anyone with information is asked to call Dallas police or Crimestoppers at 214-373-TIPS.