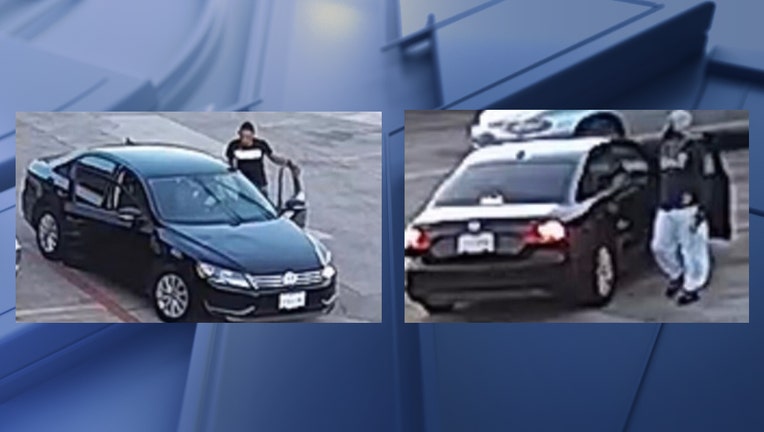 LANCASTER, Texas - Lancaster police are searching for the two men who opened fire, killing a 32-year-old man during an altercation on I-35 Friday night.

The shooting happened just after 8 p.m., when police were called about a shooting in 1400 block of the I-35 service road.

Responding officers found Alex Ray Goodwin in a vehicle, and he had been shot. Goodwin was taken to a hospital, where he was later pronounced dead.

After speaking with witness and watching surveillance video, police found that Goodwin was involved in an argument with two other men in a black four-door sedan.

Police said Goodwin and the two other men fired shots at each other, before the two men fled in their vehicle.

The other vehicle involved may have bullet holes and damage to the fender.

Police are working to identify the other two men involved.