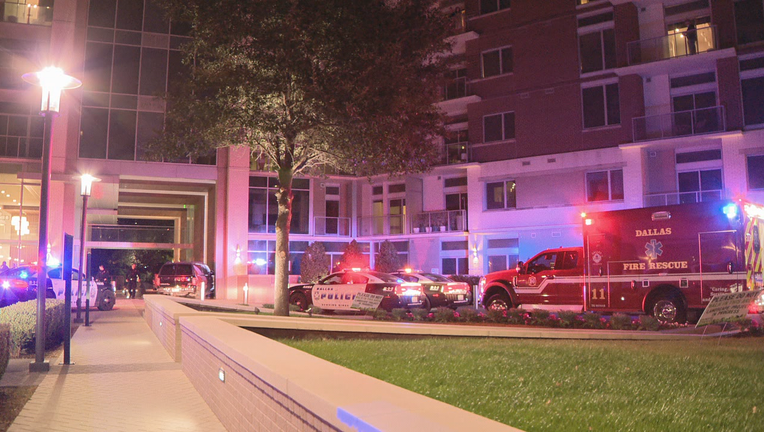 DALLAS - Three men were injured in an argument that ended in gunfire in Oak Lawn Wednesday night.

Dallas police said a man who was told to leave the Brady Luxury Apartments on Cedar Springs Road on Tuesday returned with a friend just before midnight Wednesday.

The pair confronted the apartment concierge who had tossed him out and a fight broke out.

Police said the concierge suffered a blow to the head. He then got a hold of one man’s gun and both ran from the lobby.

One suspect somehow suffered a broken leg. The other jumped into an SUV.

The concierge fired shots at the driver of the SUV because he said he tried to run him over. The SUV crashed into a barricade because the driver was hit in the face, police said.

All three men ended up in the back of an ambulance. The concierge and the suspect with the broken leg are expected to recover but the driver of the SUV is in critical condition.

It’s not yet clear who will be charged and what charges they will face.

The investigation is ongoing, police said.