Three bodies were found inside a northeast Dallas apartment after a police standoff.

DALLAS - Police found three people dead in a Far Northeast Dallas apartment following a standoff Sunday afternoon, after officers were shot at while responding to the call.

Dallas police were called out to an active shooter call at an apartment complex in the 9800 block of Summerwood Circle at 4:30 p.m.

As officers approached the apartments, someone fired shots at officers, hitting a marked police vehicle. The officers then backed off and waited for SWAT to respond.

After trying for several hours to get the shooter to surrender, SWAT officers made their way into the apartment at 7 p.m. They found two women and one man dead from gunshot wounds. 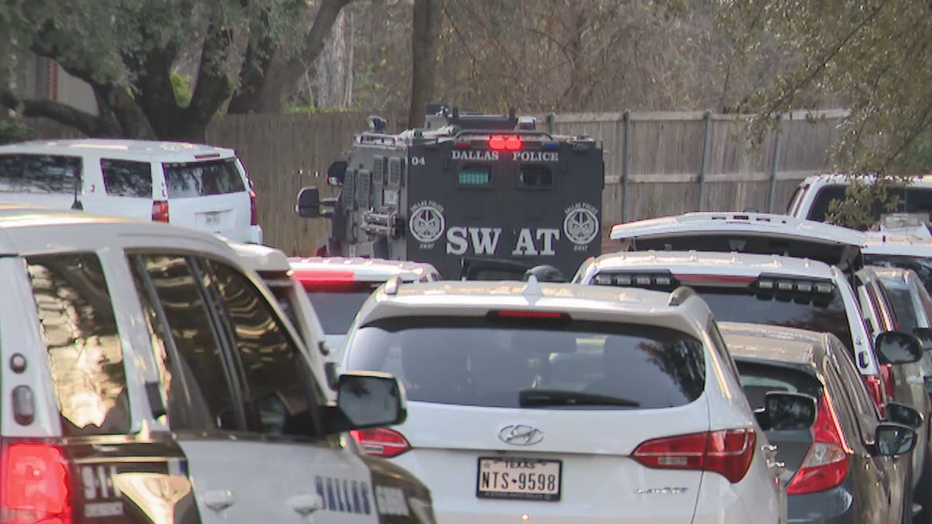 No officers were hurt in the incident, and police said no officer fired their weapon.

Police did not say what happened to the shooter, or if they were one of the people found dead inside.