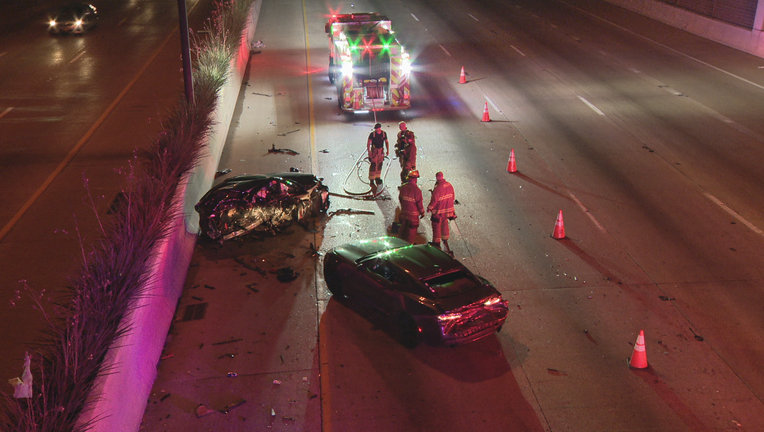 DALLAS - Dallas police said three people were arrested for DWI after two people were killed in a crash on 75 early Sunday morning that involved five vehicles.

The wreck happened just after 2:15 a.m., in the southbound lanes of the 4200 block of N. Central Expressway.

Two people in one of the vehicles, a 28-year-old woman and a 31-year-old man, were pronounced dead at the scene.

Their names have not yet been released.

The southbound lanes were closed for several hours while crews worked to clear the wreck scene.