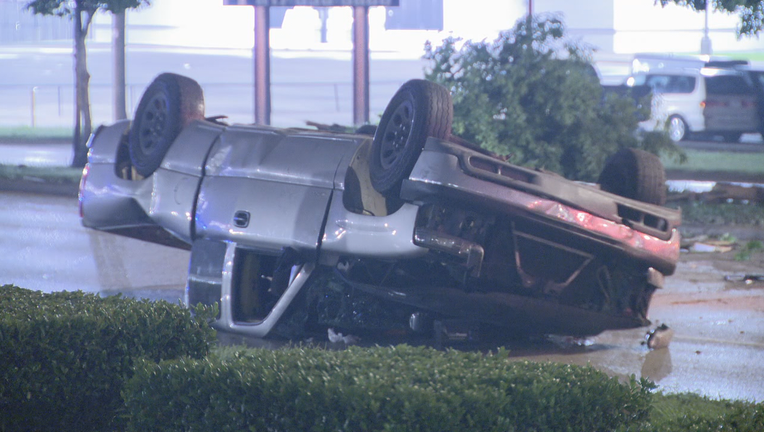 ARLINGTON, Texas - A 22-year-old has been arrested for intoxication manslaughter in a crash that resulted in the death of a passenger.

Responding officers found an injured 20-year-old woman, who was later pronounced at the scene. Her name has not yet been released.

Investigators determined that the driver of a pickup truck, identified as Cristian Vazquez, was westbound on Pioneer Parkway, when Vazquez lost control of the truck.

The truck, which was occupied by Vazquez and the 20-year-old passenger, left the roadway and hit a tree in the median, causing the truck to roll over.

Police arrested Vazquez on a charge of intoxication manslaughter following the crash.