2 Texans among those whose sentences were commuted by Trump

After being denied for years, two Texas men are now free after their sentences were commuted by outgoing President Donald Trump.

After being denied for years, two Texas men are now free after their sentences were commuted by outgoing President Donald Trump.

In one of his last actions as president, Trump gave presidential pardons to former adviser Steve Bannon and rapper Lil Wayne.

In the list of more than 100, two Texas men sentences were commuted.

Skyler Scott reacted to the news of his father, 58-year-old Dallas man Ferrell Scott, being a free man.

"Couldn't believe it, it’s been so long and now we are finally here and it’s happening. I can’t believe it," Skylar said.

Ferrell was convicted in federal court of conspiracy to distribute marijuana in 2008.

The third strike law meant his sentence was life without parole.

Ferrell’s attorney, Brittany K. Barnett, spoke with FOX 4 as they waited for his release.

"He woke up this morning with a life sentence without parole. He is going to be taking his first steps as a free man in over a decade very soon," she said.

The 41-year-old has already served 20 years of a 40-year sentence for possession and intent to distribute methamphetamine. 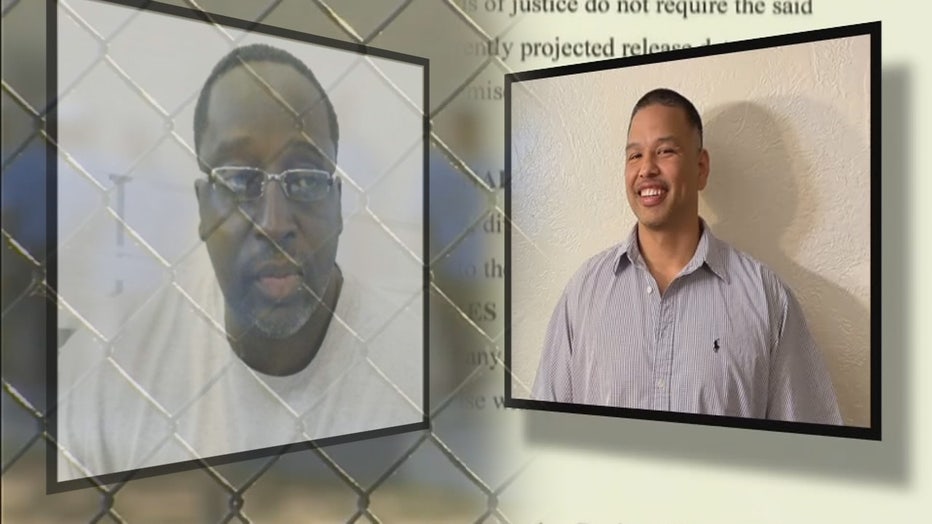 "When a request came to me that I contact the White House on James behalf, I was more than willing to do so," Jeffress said.

Jeffress has never met Cruz, but learned of his work leading the Christian prison ministry.

Others, like Alice Johnson, advocated on Cruz's behalf as well.

Johnson was one of the first to be released after the first step act passed.

"James and other prisoners, they were guilty, they deserved the time they were given, but they got grace instead of justice and that is a great picture for what God does for us," Jeffress added.

Jeffress and Barnett said the justice system needs continued reform, but added that these actions are a step in the right direction.

"The fact that Mr. Scott and thousands of others are serving life without parole for federal drug offenses, it is both morally and economically irresponsible. Today, a wrong is being righted," Barnett said.

Jeffress said Cruz watches First Baptist in prison, and invited him to visit in person.