Two million vaccines have been administered in Texas, although state officials admit it isn’t good enough.

The vaccine effort is a battle being fought on multiple fronts. Discussions among health officials highlight they are constantly tweaking strategies with vaccine supply being the biggest issue looming over everything. 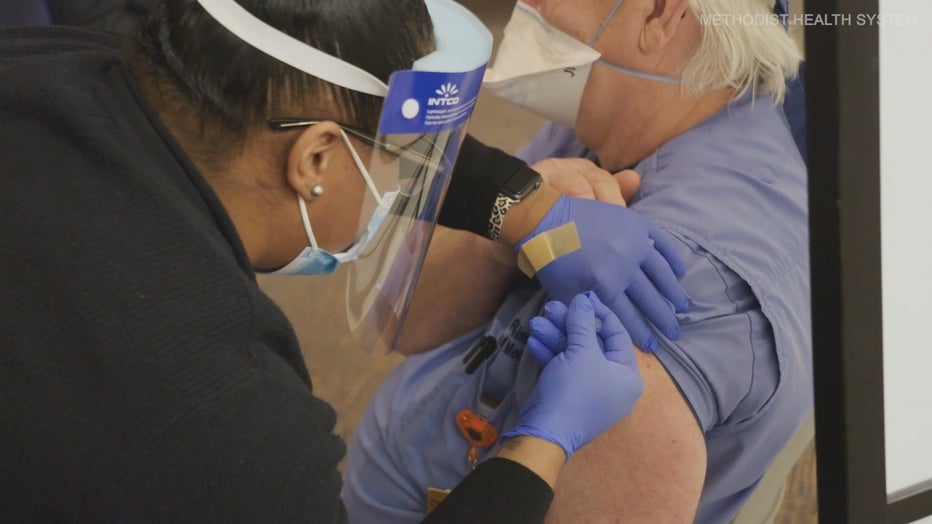 The slow, steady march toward getting enough people vaccinated has sped up somewhat in Texas.

State health officials say while the first million vaccinations took four and a half weeks, the next million surpassed Thursday took exactly two.

370,000 Texans have received both doses. And of those 65 and older, one in six has now received a vaccine.

"We’ve done an amazing job, but we know we can do better," said Imelda Garcia with the Texas Department of State Health Services. "And that is the reason why we continue to reiterate over and over again to providers across the state to use the vaccine as soon as possible."

"We’re not satisfied with the supply we’re getting, so we continue to push on that regard," Garcia said.

Next week’s recurring shipment from the feds will include about 50,000 more first doses than arrived this week.

And it won’t just be hubs seeing additional doses.

"As supply incase and you’ll notice in week 8 increases, we have started increasing doses going to pharmacies and other providers as well," Garcia said.

Dallas already has a county-run hub at Fair Park and now the city-run hub at the Kay Bailey Hutchison Convention Center.

But Dallas County officials have now turned to help from the new Biden administration to request that the feds set up a federally-run mass vaccination hub to vaccinate 12,000 a day.

"Based on conversations I’ve had with the Biden Administration, we are encouraged they will give serious consideration to our request to partner with Dallas County on this federally-led public health initiative of a mega vaccine site," said Dallas County Judge Clay Jenkins.

Meanwhile, Judge Jenkins Thursday advised those still waiting and eligible for vaccines to apply to hubs outside their counties.

"Even though it’s tedious, if you want to, you can go register at all those and increase your chances," he said. "Now you need to understand your chances may be better depending on who you are on one rather than the other."

The state of Texas says there will also be a one-time boost in doses coming to the state next week.

The federal government had reserved doses for long term care facilities but overestimated what was needed. So there will be 126,000 doses from that alone the state will spread around.

The state says it'll release info Friday on where doses are going next week.