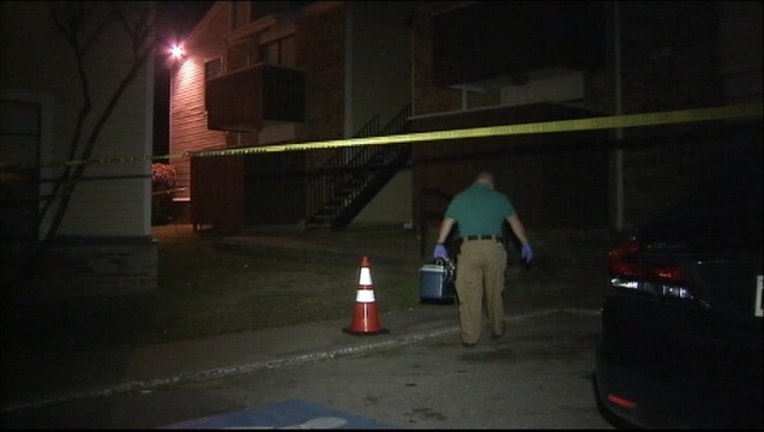 FORT WORTH, Texas - Fort Worth police are investigating a double murder.

Officers were called to the Creek Hollow Apartments near Finbro Drive and McCart Avenue in south Fort Worth shortly before 10 p.m. Wednesday.

They found two men with gunshot wounds inside the apartment complex. One man died at the scene and the other died at the hospital.

Police have not released details about the circumstances surrounding the murders or suspects in the case. The victims’ identities also have not been released.