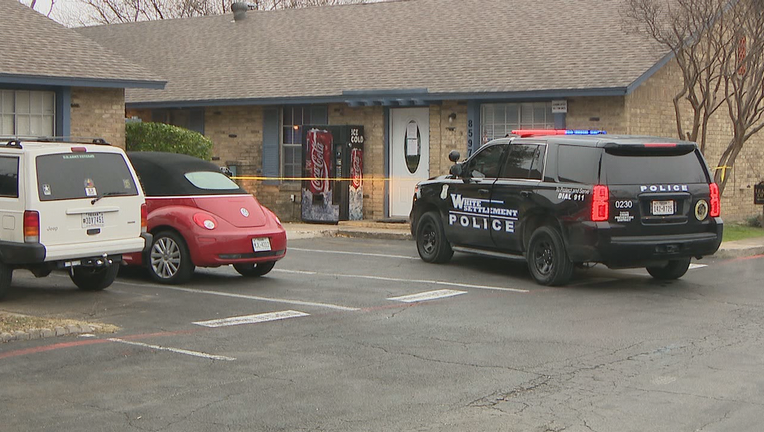 WHITE SETTLEMENT, Texas - Two people are dead because of a shooting at an apartment complex in the Fort Worth suburb of White Settlement.

Police said there was an argument early Tuesday morning at a gathering at the Parque Vista Apartments on La Plaza Drive, near Las Vegas Trail and Interstate 30.

Two men left and then came back around 4 a.m. to shoot two other men.

The names of the victims have not yet been released. One is 26 years old and the other is 28.

Police said a handgun was used in the homicide but a much larger gun was left at the scene.

They are still looking for the gunmen who are believed to be in their late teens or early 20s.