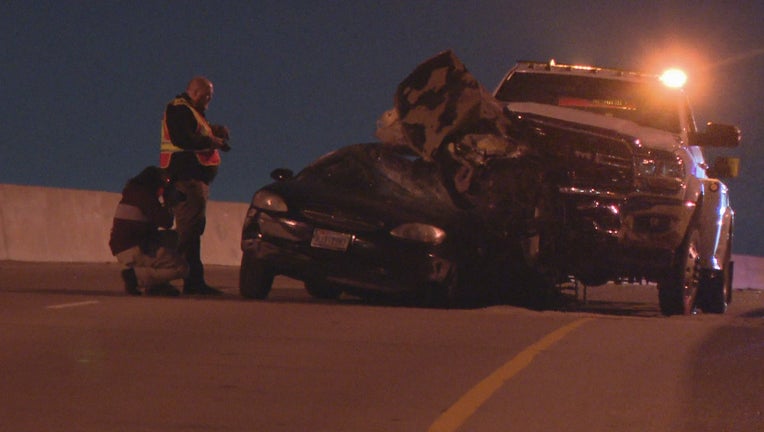 FORT WORTH, Texas - Two people died in a collision early Monday in north Fort Worth.

It happened around 2 a.m. on the North Freeway near Highway 287.

A tow truck reportedly ran into another vehicle. Both people in that second vehicle died.

The interstate was shut down because of an investigation.