The driver of a stalled car was killed in a crash on Interstate 30 early Monday morning. Two other drivers involved in the crash fled before police arrived.

DALLAS - A man was killed in a crash on Interstate 30 and Dolphin Road in East Dallas early Monday morning.

Deputies said the car was stalled in the left lane and a box truck slammed into it. Another car and pickup were also involved in the crash.

The driver of the car died in the crash. The drivers of the box truck and the pickup both fled the scene. 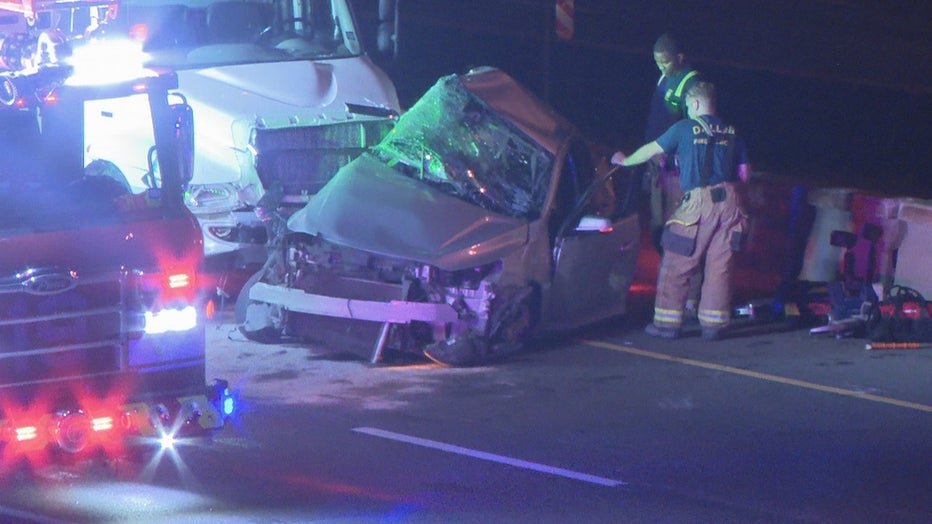 Only the driver of the second car and a witness stayed to help.

They are working with investigators to determine the exact chain of events.

The interstate was closed for several hours because of the investigation.