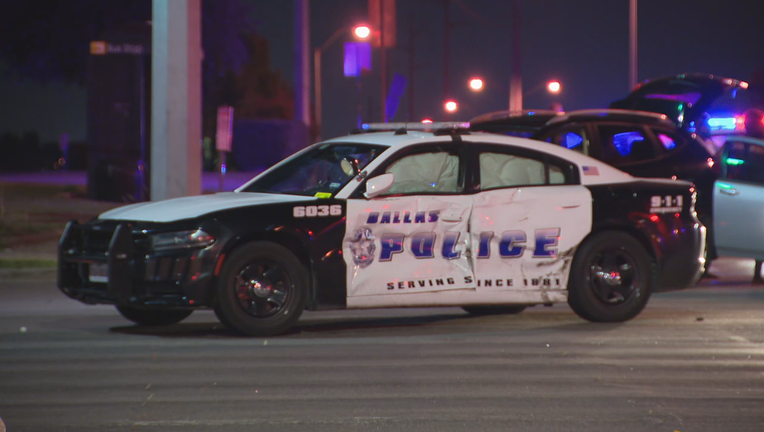 DALLAS - Two Dallas Police Department officers were injured when their vehicle was struck by a suspected drunk driver overnight Friday.

Police said they were answering a call just after midnight, when the driver of an SUV ran a red light and struck their patrol car at Camp Wisdom and Westmoreland roads in the Red Bird area.

The patrol car was pushed into another vehicle, but the three people inside were not injured.

The officers were taken to a hospital to be treated for minor injuries.

The driver of the SUV was given a field sobriety test and arrested for DWI.