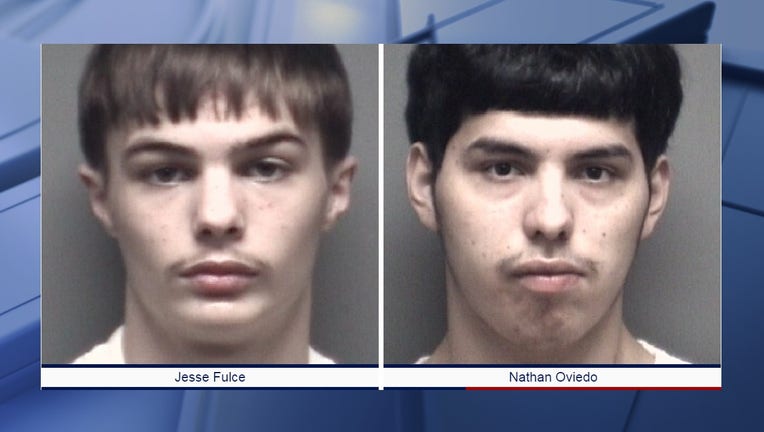 GRAND PRAIRIE, Texas - Two young men were arrested for fatal shooting of a 17-year-old in Grand Prairie earlier this week.

The shooting happened early Monday morning in the 2000 block of Aggie Drive.

Grand Prairie police believe the victim, Demarcus Harrell Jr., knew the suspects and was possibly engaged in "high-risk activity" with them.

An argument broke out that ended with Harrell’s death, police said.

They have been identified as 17-year-old Jesse Fulce and 20-year-old Nathan Oviedo.

Both suspects are now charged with capital murder and are being held in the Grand Prairie Detention Center.

Their bond was set at $1 million each.