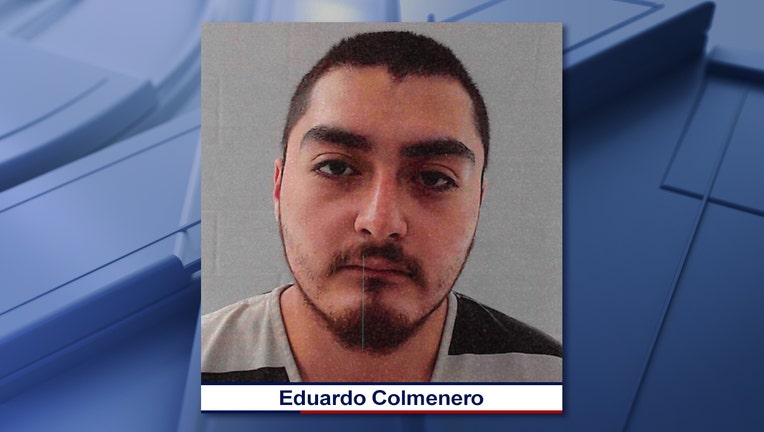 ALVARADO, Texas - An 18-year-old has been arrested after police said he fatally shot a man in Alvarado Friday night.

According to Alvarado police, the shooting happened just before 8:15 p.m., in the 1200 block of Rene Drive.

Salas was taken to an area hospital, where he was later pronounced dead.

Police then had a short standoff with Eduardo Colmenero, who was taken into custody after giving himself up.

Colmenero was charged with aggravated assault with a deadly weapon.

The investigation into the shooting is continuing.