A 16-year-old will find out if he will be tried as an adult for the murder of loving husband, father, and small business owner who was simply loading his SUV with groceries.

DALLAS - The family of a North Texas man gathered outside a juvenile detention center in Dallas Friday to call for justice for a murdered husband and father.

In November, Ali Elbanna was loading groceries into his SUV, when he was robbed, shot, and killed outside a northeast Dallas Costco.

Friday, a hearing began for the accused teenager charged with his murder. A judge will decide whether the 16-year-old suspect will be tried as an adult.

Elbanna's family is pleading for the teen to be tried as an adult.

Information was released that showed the 16-year-old suspect has an extensive criminal history, beginning when he was just 12 years old.

Cameras aren't allowed inside juvenile court, but his probation officer testified he previously threatened to shoot up a school and was on probation for burglary when he reportedly shot and killed Elbanna.

A psychologist determined the suspect is mentally fit for criminal proceeding to continue.

Outside the juvenile justice center in Dallas Friday, family and friends of the 60-year-old victim held a rally ahead of the certification hearing.

"We want to create an idea that community stands together, that no person has to face such a situation alone, that this just isn’t our father at risk, this is every person in DFW who’s at risk," the victim’s daughter, Stephanie Elbanna, said.

Elbanna was shot and killed in the parking lot of the Costco located off Park Lane in Dallas back on November 16, 2021.

He was loading groceries into his truck, when investigators said the juvenile suspect, who was riding with three other people in a stolen pick-up truck, tried to rob him.

"If you know my brother, he just the nicest man," the victim’s brother, Khalil Elbanna, said.

A homicide detective testified the suspect got out of the pick-up truck, pointed a gun at Elbanna, and said "give me everything."

Elbanna shouted, "no," and that's when police said the suspect fatally shot him.

"He’d give you the shirt off his back," Khalil said of his brother. "We’re here to raise justice for him because it’s not right this is not going." 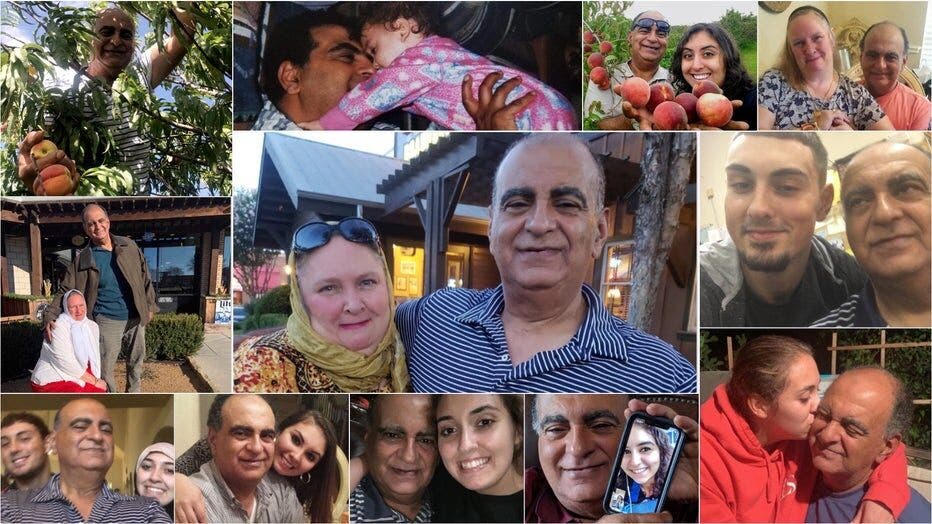 Judge Cheryl Lee Shannon will determine if the 16-year-old should be certified as an adult.

At Friday’s hearing, the prosecution presented its case with testimony from three Dallas police detectives.

Prior to Elbanna's murder, detectives said the suspect and his accomplices took part in armed robberies of two women in front of South Oak Cliff high school.

A short time after that, the suspect was seen on surveillance video at NorthPark Mall trying to pull a woman out of her car at gunpoint, but was unsuccessful.

Ten minutes later, Elbanna was dead. The Costco was located less than a mile away.

"We feel the need to build pressure in this case to make sure that we get this person, who is committing multiple crimes, behind bars for as long as possible so no one has suffered what we’ve suffered," the victim’s daughter, Iman Elbanna, said.

Officers were able to track the foursome's whereabouts using the "find my phone app" on one of the victim's stolen cell phones.

The probation officer who did the suspect's social evaluation said he has anger issues, a history of drug use, and recommends he be certified as an adult.

The defense will present its case next Friday, July 15.

Then, the judge will issue a ruling.