Police say the 60-year-old was loading his suburban with items he'd just bought at Costco when four people in a pickup truck pulled up and tried to rob him. Investigators say a juvenile shooter hit him with one fatal shot.

DALLAS - Records show the four capital murder suspects arrested for Tuesday night's murder of a man in a Costco parking lot in Northeast Dallas are all young people: a juvenile, a 17-year-old girl, a 17-year-old boy and a 19-year-old man.

The four are all charged with capital murder, but the arrest affidavits say the juvenile is the one who fatally shot 60-year-old Ali Elbanna during an attempted robbery while he was loading his suburban.

Police say two of the suspects admitted to committing several other crimes Tuesday, but they're withholding their mugshots because of the other investigations.

Dallas police say Elbanna was loading his suburban with items he'd just bought at Costco when four people in a pickup truck pulled up and tried to rob him.  Investigators say a juvenile shooter hit Elbanna with one fatal shot.

Public records show Elbanna as the owner of an Arlington wholesale business and has multiple children. 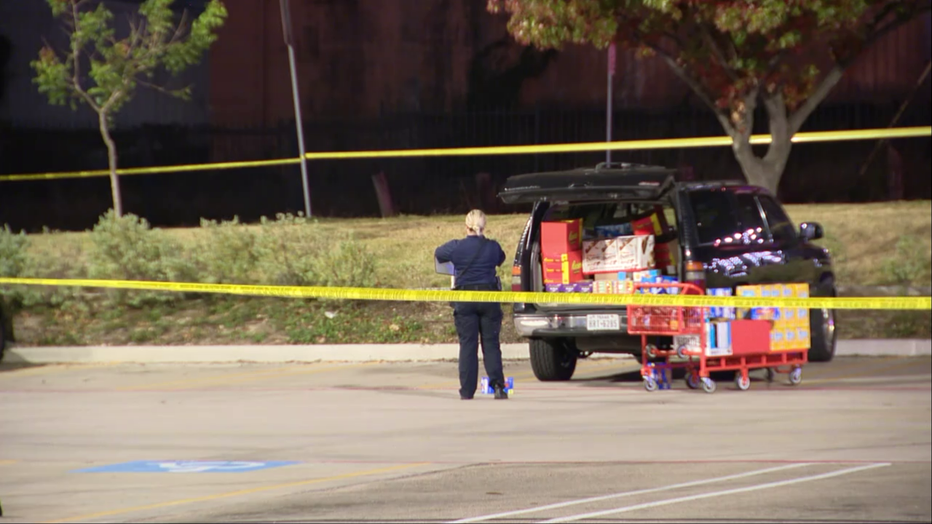 The arrest warrant affidavits say prior to the shooting, Dallas police were looking for the same suspects for another armed robbery. The documents say they stole two cell phones by holding up two females at gunpoint. The robbery victims tracked the location of the phones to NorthPark Center and gave police a description of the robbers.

The suspects were also seen on surveillance video at the mall. One woman had a purple wig and was with three other males.

Investigators say the suspects were driving a newer, stolen black Ford pickup truck like the one witnesses saw at Costco.

Dallas police initially asked the media on Wednesday to not show the suspects mugshots because that "may hinder an ongoing investigation" for other crimes. But then, Thursday morning, they were released by police. 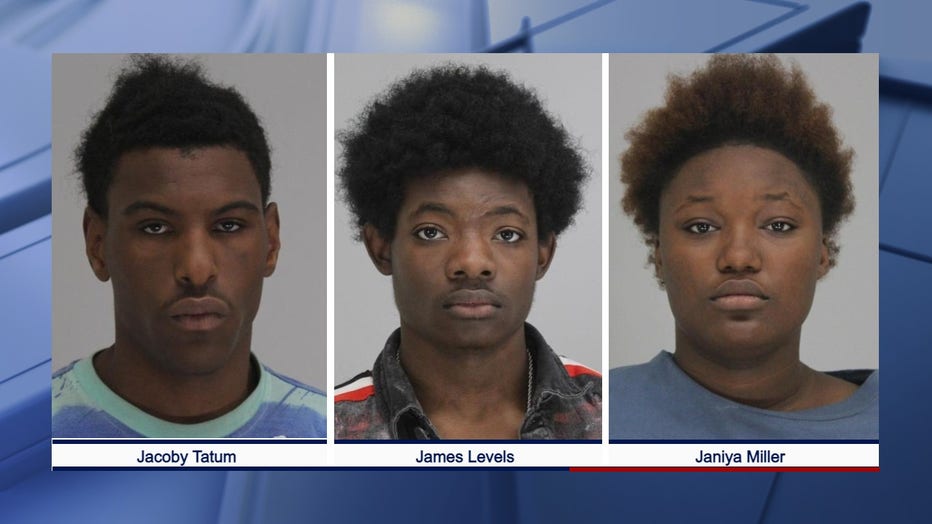 Court documents say the suspect descriptions were passed on to patrol officers who found the stolen pickup truck in an apartment complex that police did not name. They found the juvenile there. 17-year-old Janiya Lashav Miller was still in possession of the stolen phones.

Police call the girl an accomplice and say Miller admitted to being the getaway driver during the murder at Costco.

Officers also found 17-year-old James Level. The affidavit says he admitted to being involved and owning the gun the juvenile used to kill Elbanna and admitted the group of four committed two other robberies Tuesday. The wallet of the owner of the stolen ford pickup was still in Level's pocket.

19-year-old Jacoby Bryce Tatum was also arrested at the apartments. He did not confess to anything, but the affidavit says the two 17-year-olds told police Tatum was an accomplice in all the crimes on Tuesday.

Police said nothing on camera about the investigation and released no details about the juvenile.

The family posted on social media that Elbanna's funeral will be Friday.