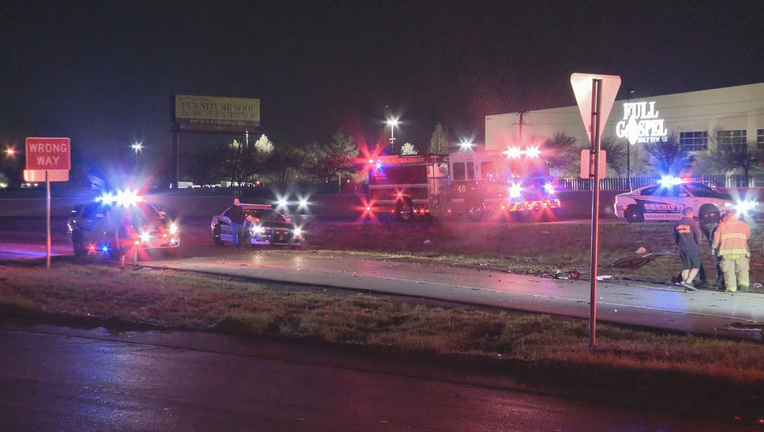 DALLAS - A 50-year-old woman is dead and four people were hospitalized, including two juveniles, following a crash early Sunday morning. A 16-year-old has been charged with fleeing the scene.

The two-vehicle wreck happened just after 12:45 a.m., along I-20, near the Wheatland Road exit.

Responding deputies with the Dallas County Sheriff’s Office found a black Ford F-150 was overturned in the grassy median and an orange 2007 Nissan was on the shoulder.

The driver of the Nissan fled the scene before deputies arrived.

There were five people in the F-150. The driver, 50-year-old Miriam Valeriano, was pronounced dead at the scene.

The four passengers, a 11-year-old girl, 17-year-old male, 18-year-old male, and 37-year-old man, were taken to local hospitals. They were transported in stable condition, but authorities released no further details about their conditions.

Dallas police said they were able to find the 16-year-old driver of the Nissan. He was detained and take to a hospital as a precaution.

The teen was later charged with failure to stop and render aid in an accident involving death, and taken to the Henry Wade Juvenile Facility.