A car stolen in a violent Richardson carjacking was spotted Wednesday by Dallas PD officers. And that began the end of a two-day violent crime spree, including Leslie Baker’s murder.

DALLAS - Dallas police arrested a 16-year-old who they believe is responsible for the murder of a North Dallas woman in her driveway.

Leslie Baker was murdered on Memorial Day while sitting in her car in the Preston Hollow neighborhood. Neighbors reported hearing gunfire and a friend who she was on the phone with reportedly heard her saying she was being robbed.

RELATED: Woman shot and killed in her Preston Hollow driveway on Memorial Day

While detectives were busy working to find her killer, police got a break.

A car stolen in a violent Richardson carjacking was spotted Wednesday by Dallas police. After a brief chase, the officers found the juvenile suspect and two others hiding in a shed behind a home in Dallas’ Red Bird neighborhood.

They reportedly found two handguns in the shed, one of which was used in Baker’s murder. 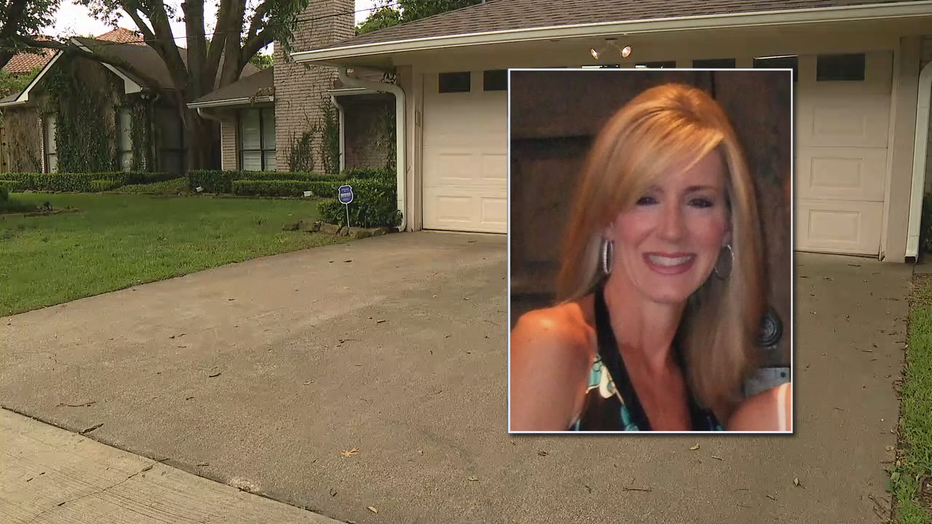 Police now believe the murder on Monday was just part of the suspect's string of crimes.

Sources told FOX 4 the teen has a history of violent crimes including aggravated robbery. His name and photo will not be released because he is underage.

He had his first detention hearing for a capital murder charge in Baker’s death at the Dallas County Juvenile Justice Center Thursday afternoon.

He will also be charged with aggravated robbery for the Richardson carjacking and police connected him to another carjacking in Dallas.

At a news conference about a crime initiative in Dallas, Chief Renee Hall did not talk about the facts of the case but shared her thoughts on a teenager accused of such a violent and shocking killing.

“It’s challenging, it’s disheartening, and it hurts to know that a child has committed such a heinous act. So now there's two lives lost,” she said.

The news of an arrest gave some comfort to neighbors.

“I did hear the news that it was a juvenile. It's hard to believe that a kid, a young person, can do that nowadays,” said Gary Vaughan, who lives in Baker’s neighborhood. “She was a terrific lady, sweet as can be. I can't imagine she had any enemies, and that's why it came as such a shock when we found out she was shot on her own driveway.”

Dallas police have arrested a 16-year-old who they say is responsible for the murder of a North Dallas woman in her driveway.

Elise Sher and her daughter, Emily, were among the neighbors hanging purple ribbons along Azalea Lane and Royalton Drive on Thursday. Like others living in the area, they said they’re changed by the horrific crime.

“Definitely helps seeing the police in the neighborhood. Definitely has helped, but still, it’s a little scary. Every car running by, we came out together because we didn't want to be alone outside right now,” Sher said.

“I’m glad they caught the individual,” added neighbor Eddie Jenkins. “Hopefully, they'll be able to get anyone else that was involved.”

He was stunned by the thought of a teenager or anyone taking a life senselessly.

“You have to be concerned knowing that you drive up to your house and someone is there waiting for you with a gun willing to take your life just to steal your car,” Jenkins said. “I'll definitely feel like I'll sleep better knowing that somebody that did this was off the street.”

Police haven’t yet said whether the two other suspects caught in the shed are facing any charges.

The underage murder suspect’s name and photo will not be released unless he is certified as an adult in court.

RELATED: Police using technology to find who shot and killed a woman in her Preston Hollow driveway