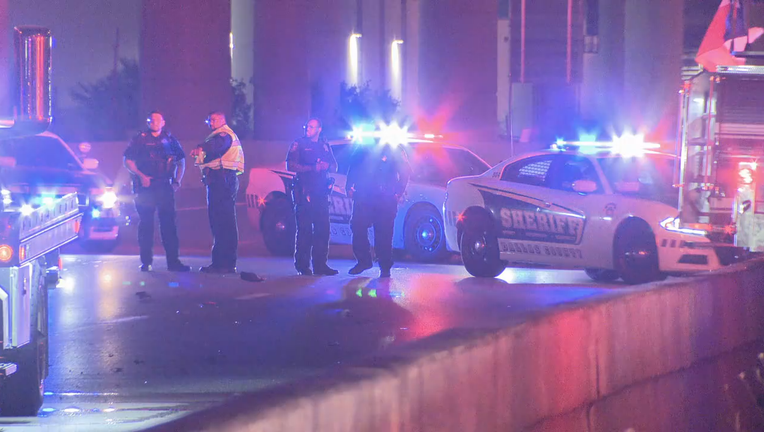 DALLAS - One person died in a crash early Saturday morning.

Authorities said the wreck happened just before 3:30 a.m., when the driver of an SUV lost control along Loop 12 Walton Walker, at the I-35 split in Northwest Dallas.

The vehicle caught fire after crashing head-first into the median attenuator.

The driver, whose identity is not yet known, was pronounced dead at the scene.

Investigators believe another vehicle may have struck the SUV, leading to the crash. That vehicle fled the scene before authorities arrived on scene.