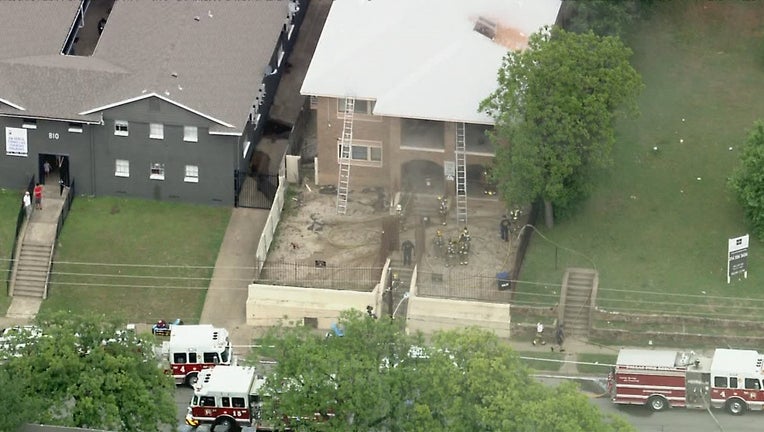 DALLAS - One person died Tuesday afternoon in a fire at a condo complex in north Oak Cliff.

Dallas Fire-Rescue said there was smoke coming from the building in the 800 block of North Lancaster Avenue when firefighters arrived.

Firefighters began fighting the flames in the apartment where the fire started. That’s when they found a body.

The fire damage was limited to that apartment, but about eight others now have smoke and water damage.

DFR said they will wait on a cause of death ruling from the medical examiner before determining the cause of the fire.