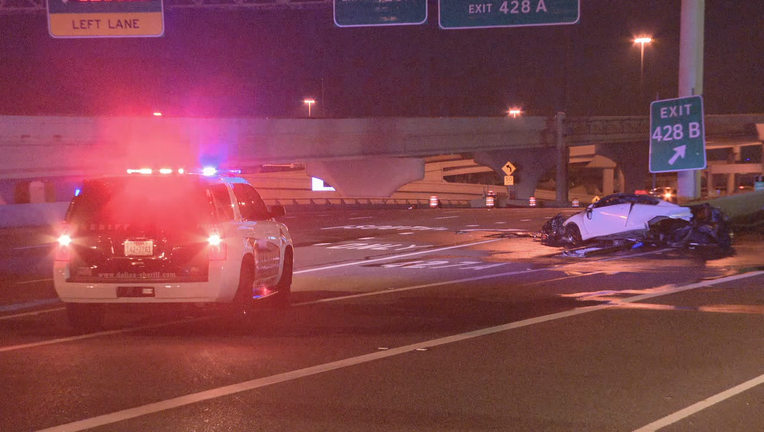 DALLAS - Dallas County Sheriff’s Department deputies are trying to figure out what caused a fiery crash that killed a person early Sunday morning.

Deputies said the driver lost control just before 2:30 a.m., in the southbound lanes of I-35, near Reunion Boulevard, just outside of Downtown Dallas.

The vehicle hit a guardrail and concrete barrier before bursting into flames.

Investigators found that two other vehicles were hit when the driver lost control, but no one else was hurt.