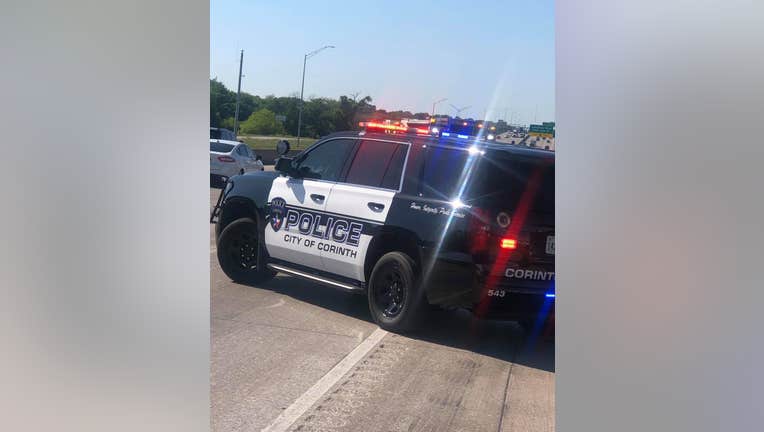 CORINTH, Texas - One person is dead and another is injured after being hit by a suspected drunk driver on I-35 in Corinth Sunday afternoon.

Police said the crash happened just before 2:45 p.m., as two men were changing a flat tire.

A black Ford hatchback veered out of the lane and hit them.

A 22-year-old was killed, while the other man, a 29-year-old, was taken to the hospital in serious condition.

The driver of the Ford, whose name has not yet been released, was arrested for intoxication manslaughter.