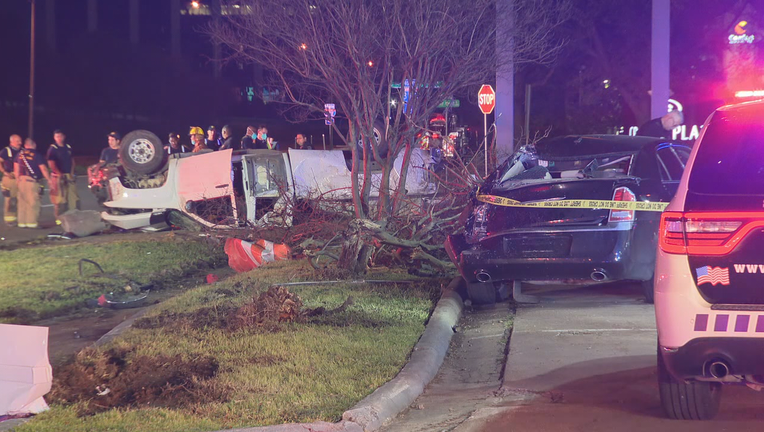 DALLAS - One person is dead and another is in critical condition after a rollover crash in the Stemmons Corridor area of Dallas early Saturday morning.

The Dallas County Sheriff's Office said the wreck happened at 1:30 a.m., as a pickup truck exited I-35 at Mockingbird Lane and lost control, striking a parked car.

The pickup rolled over and ended up on its roof.

Dallas firefighters recovered one body and pulled the injured person out of the truck. That person is in the hospital in critical condition.

Deputies said it appears the truck was going fast when it exited the interstate, lost control, and then hit a curb, causing it to roll.