The Season Five winner underneath the Piglet costume was revealed as iconic singer Nick Lachey, famous for being in the 90s boy band 98 Degrees.

LOS ANGELES - Get ready! Another explosive new season of "The Masked Singer" is right around the corner, and FOX is giving an exclusive look at its first season six costume: The Dalmation.

The photo shows the furry friend rocking a football jersey and helmet, so could this be a football player? 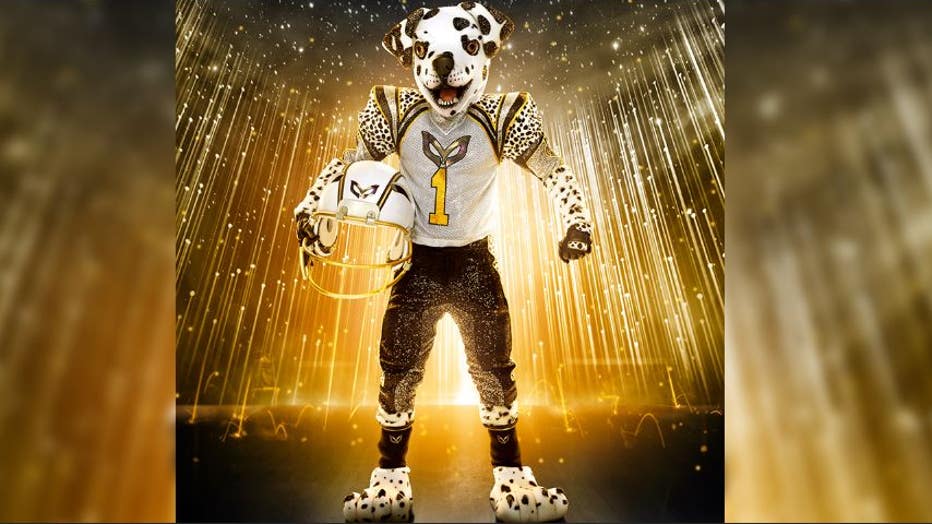 Oh, our minds are already swirling with the "ultimutt" possibilities!

RELATED: ‘The Masked Singer’ delivers a ‘pawsome’ reveal and another 10K in FOX Bet Super 6 contest

But this isn’t the first time an adorable pup has competed. Last season, the Bulldog — the third wild card competitor of the season — turned out to be Nick Cannon, who has hosted the show since its first season.

Cannon said he empathized with previous contestants after getting a first-hand experience being one himself.

The Bulldog reveal on The Masked Singer

The Bulldog, the third wild card competitor of the season, was all bark but no bite and it didn’t take long for judges to snuff out Nick Cannon, who has hosted the show since its first season.

"I know what they’re going through," Cannon said. "Until you actually get in there and you’re drenched with sweat and you can’t wipe your eyes but still having to get the best performance you possibly can, crazy."

What we know about "The Masked Singer" Season 6 so far

Wildcards have also returned to "The Masked Singer" stage. Each group will feature several Wildcard celebrities entering the competition for a chance to win the coveted Golden Mask Trophy.

And, let’s not forget about the panelists. They will once again battle it out for the Golden Ear Trophy, with Jenny returning as the champion with two Golden Ears!

Only time will tell who joins the competition this season, but we can already tell it’s going to be a fierce and "doggone" good one.

This station is owned by FOX Corporation.