Flooding death: Grandmother called husband for help before being swept away

60-year-old Jolene Jarrell was returning from dropping off a friend at work when her car was swept away in the floodwaters, according to her husband.

MESQUITE, Texas - The woman killed in Monday's historic storms was driving back from taking a friend to work when the floodwaters swept away her vehicle.

60-year-old Jolene Jarrell was almost home after the trip to Terrell when her car was swept off of the service road along I-635 near Military Parkway in Mesquite.

Keith was the one who first spotted the vehicle under an overpass once the floodwaters receded. 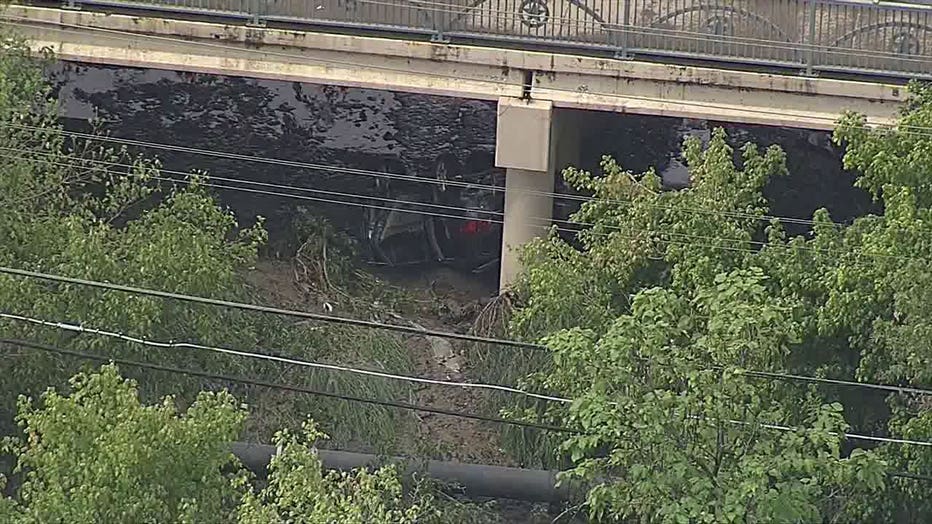 Jarrell, a grandmother and Uber driver, was the only fatality of Monday's flooding.

She was not driving for Uber when she was killed.

A state of disaster has been declared in Dallas County after a day of intense, deadly rainfall. High water rescues happened again and again as many parts of North Texas received record rainfall with vehicles being left stranded and people stuck in their homes.

Many who had to evacuate their homes returned to clean up on Tuesday.

Vanessa Villas and her husband woke up early Monday morning to find their Balch Springs home had flooded.

"I went to get off the bed and my feet were in water. It was ankle deep already by the time we woke up," Villas said.

"The road on our street was already gone. We couldn't see it no more. We were just guiding off of mailboxes," Villas said.

She says her house is a total loss and has no insurance, but Villas is thankful she did not lose more.

"My kids are okay. My husband, my husband's grandma's okay. What else can we ask for right? We made it out alive."