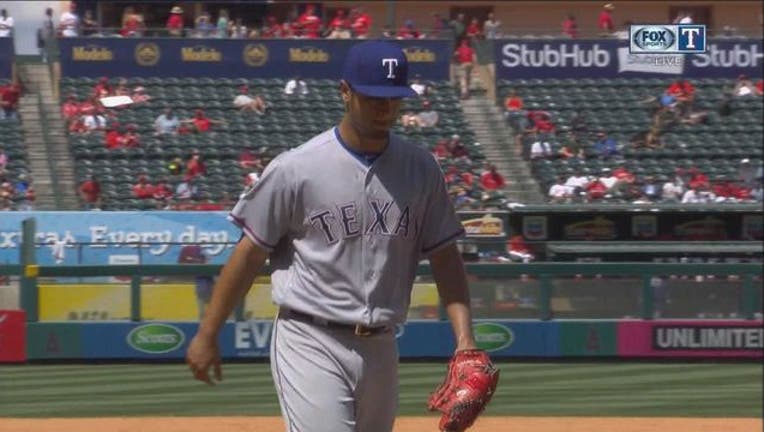 Nomar Mazara also homered and Robinson Chirinos drove in three runs for the Rangers, who took two of three from their AL West rivals.

Darvish (1-1) struck out 10 and limited the Halos to five singles and two walks, improving to 8-2 in his career against the Angels.

Except for Los Angeles' ninth-inning rally to a 10th-inning victory Tuesday, the Rangers thoroughly dominated the Angels, outscoring them 16-6 in the final two games.

Danny Espinosa hit a three-run homer with two outs in the ninth for the Angels, who were routed in the last two games of their homestand after a 4-0 start.