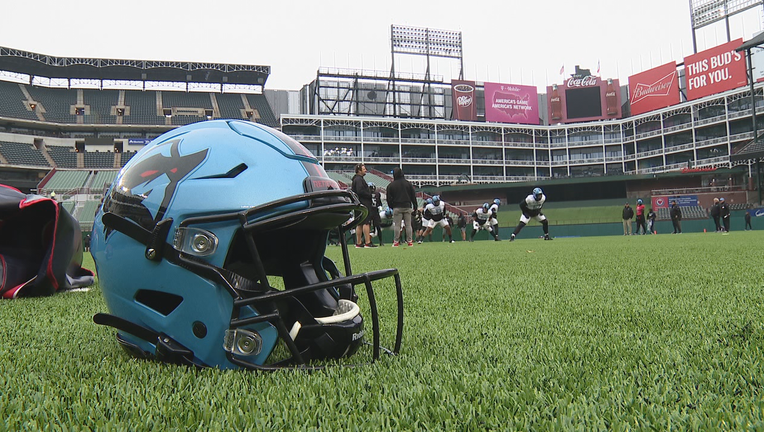 ARLINGTON, Texas - If you are going through football withdrawals after the Super Bowl, the XFL hopes to be the antidote for your post-season blues.

The Dallas Renegades open their season Sunday at the old Globe Life Park in Arlington. They will take on the St. Louis Battlehawls in a game designed to be faster paced and more exciting than the NFL.

The Renegades are led by former University of Oklahoma head coach Bob Stoops.

"They’re ready. They've had a lot of work. They’re very diligent. They've put in a lot of work. The whole league has, making' sure we get it right. And you know they're tired of looking at each other. It's time to see another opponent. It's perfect timing. Everybody's having withdrawals this week not having football on, so I think it's perfect timing. I can't be the only one who hates it when the Super Bowl's over, right?” he said.

The first XFL game is on FOX 4 Saturday afternoon at 4 p.m. The Los Angeles Wildcats play the Houston Roughnecks.

The league will have games on both Saturdays and Sundays.