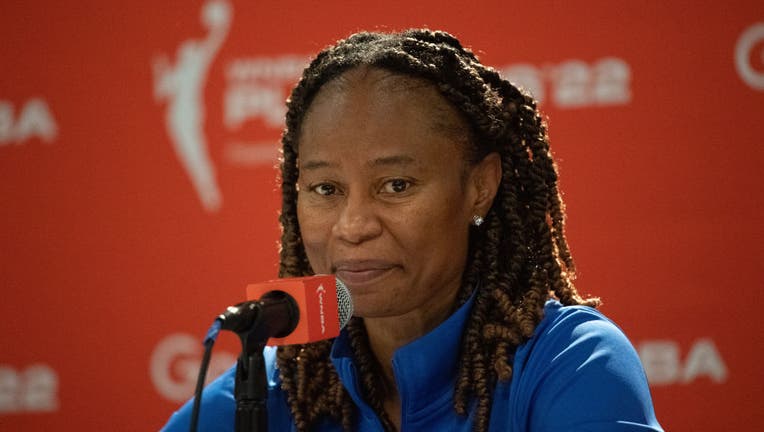 UNCASVILLE, CT - AUGUST 21: Dallas Wings head coach Vickie Johnson speaks with the media following Game 2 of the First Round of the WNBA Playoffs between the Dallas Wings and the Connecticut Sun on August 21, 2022, at Mohegan Sun Arena in Uncasville,

They are playing Connecticut Sun in the first round.

The Wings’ coach issued a challenge to fans after seeing the reception the Suns got from their fans.

"Message to the fans? Like, show up and show out! Connecticut fans have shown out. They came in. They packed the house. We wanna pack house with Dallas. We want that support, that love. Bring that energy. They’re our sixth man," Coach Vickie Johnson said.

Game 3 of the first round series between Dallas and Connecticut tips off at 8 p.m. Wednesday in Arlington.

The winner moves on to the semi-finals.