The Washington Redskins have fired head coach Jay Gruden after the team started the season 0-5.

WASHINGTON - The Washington Redskins announced Monday that they have relieved head coach Jay Gruden of his duties with the team.

In a statement, the team says Gruden was informed of the decision early Monday morning by owner Daniel Snyder and team president Bruce Allen. 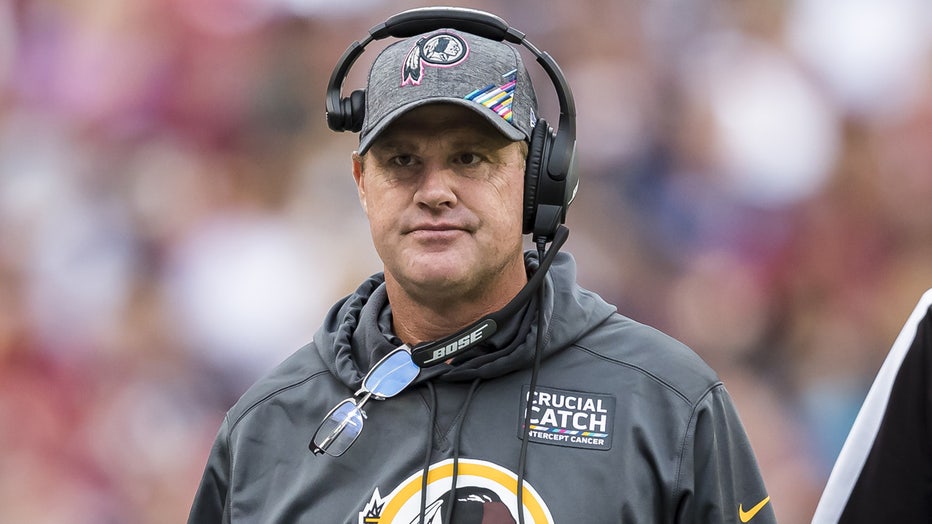 Head coach Jay Gruden of the Washington Redskins looks on against the New England Patriots during the first half at FedExField on October 6, 2019 in Landover, Maryland. (Photo by Scott Taetsch/Getty Images)

The Redskins issued the following statement:

"Through the first five games of the 2019 season, the team has clearly not performed up to expectations, and we all share in that responsibility. Moving forward we are committed to doing all that we can collectively as an organization to turn things around and give our Redskins fans and alumni a team they can be proud of in 2019 and beyond."

The Redskins will hold a press conference at Redskins Park at 1 p.m. with Allen. The Associated Press reports that offensive line coach Bill Callahan would replace Gruden on an interim basis.

ESPN reporter John Keim was the first to report the news Monday. The announcement comes following the team's 33-7 loss to the New England Patriots which has left them with a 0-5 record.

The firing comes as Gruden was in his sixth season with the team. According to NFL.com, Gruden amassed a 35-49-1 record with just one playoff appearance.

This is a developing story. Stay with us for updates.