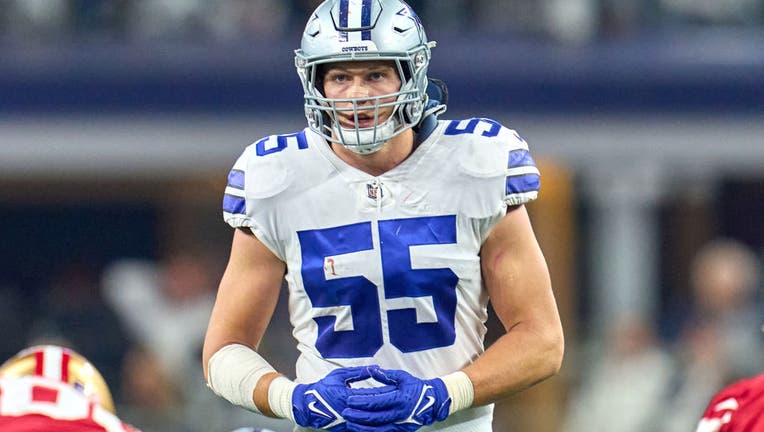 ARLINGTON, TX - JANUARY 16: Dallas Cowboys outside linebacker Leighton Vander Esch (55) looks on during the NFC Wild Card game between the San Francisco 49ers and the Dallas Cowboys on January 16, 2022 at AT&amp;T Stadium in Arlington, TX. (Photo

Vander Esch will play on a one-year contract worth up to $3 million after the fifth-year option on the 2018 first-round pick’s rookie contract wasn’t picked up. The Cowboys announced all three deals Friday.

After a strong rookie season that led to his only Pro Bowl, Vander Esch never has matched that production while dealing with injuries. He had surgery for a narrowing of the spinal cord after a neck injury limited him to nine games in 2019.

Vander Esch broke a collarbone in the 2020 opener and was limited to 10 games that season, then his role was diminished last year with first-round draft pick Micah Parsons emerging as the NFL Defensive Rookie of the Year.

The Cowboys signed Hooker last summer after four injury-filled seasons in Indianapolis for the 2017 first-round pick. Hooker played in 15 games with three starts for the Cowboys last season.