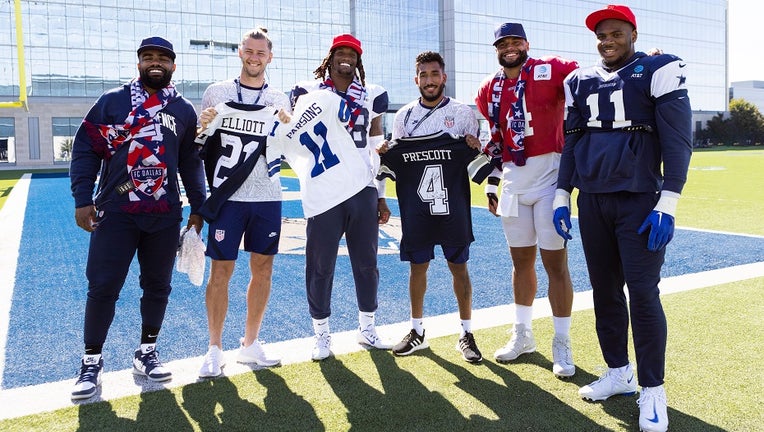 FRISCO, Texas - Members of the newly announced U.S. World Cup squad stopped by The Star in Frisco to exchange jerseys and meet with some Dallas Cowboys players.

FC Dallas standout Jesus Ferreira and former FC Dallas player Walker Zimmerman were both named on the 26-man roster for the United States Men’s National Team for the World Cup in Qatar.

The roster for the Men's National Soccer Team representing the U.S. in the World Cup is out and some of the players have North Texas connections. Good Day talks to FC Dallas team president and chairman, Dan Hunt, about the picks. FC Dallas star Jesus Ferreira is on the list.

They stopped by Dallas Cowboys practice a couple of weeks ago and met with some players, including Dak Prescott, Ezekiel Elliott, Micah Parsons, and CeeDee Lamb.

The pair of USMNT players exchanged jerseys with the Cowboys players, who wished them luck as they head to Qatar for the 2022 World Cup.

The 2022 World Cup, which starts on November 20, will be airing on FOX 4 here in North Texas and on FOX stations across the country