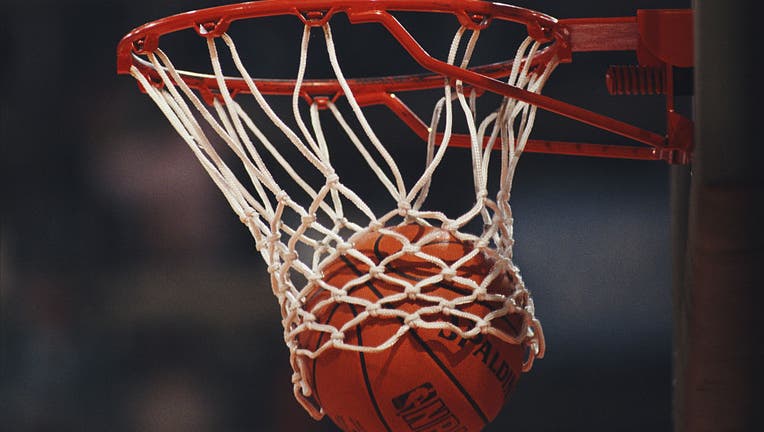 Generic view of a Spalding NBA basketball dropping into the hoop during the FIBA European Basketball Championship on 25 June 1989 at the Dom Sportova in Zagreb, Yugoslavia. (Photo by Gray Mortimore/Getty Images) *** Local Caption ***

The Texas boys state basketball tournament has been suspended “until further notice” due to concerns about the coronavirus.

The UIL announced the decision that the tournament will be suspended after Thursday’s games.

Fans who bought tickets will be given a full refund.

“After much consultation with government and health officials, we have made the difficult decision to postpone the remainder of the UIL State Basketball Tournament,” UIL Executive Director Dr. Charles Breithaupt said in a statement. “Our number one priority remains the well-being of our student-athletes and spectators and we are taking every possible precaution to keep them safe.”