Texas and Oklahoma informed the Big 12 they will not renew the contractual agreement that binds conference members until 2025.

Texas and Oklahoma on Monday took the first step toward moving to the Southeastern Conference in a seismic shift that will have repercussions in college sports from coast to coast.

The two schools notified the Big 12 they would not be renewing an agreement that binds the league's members through 2025.  The schools sent out a joint statement that made no mention of the SEC and said "the universities intend to honor their existing grant of rights agreements."

"However, both universities will continue to monitor the rapidly evolving collegiate athletics landscape as they consider how best to position their athletics programs in the future," the schools said.

The "grant of rights" gives the conference control of the school's media rights and runs concurrent with the Big 12's television contracts with ESPN and Fox, which expire in 2025.

The Big 12's TV deals make up the bulk of the conference's revenue. The conference distributed $345 million to its 10 members this year ($34.5 million apiece), down from the previous year because of the pandemic. The SEC announced an average payout to each of its members of $44.6 million in January.

Texas and Oklahoma have been in discussions with the SEC about joining the league, though neither school nor the powerhouse conference has acknowledged that publicly. 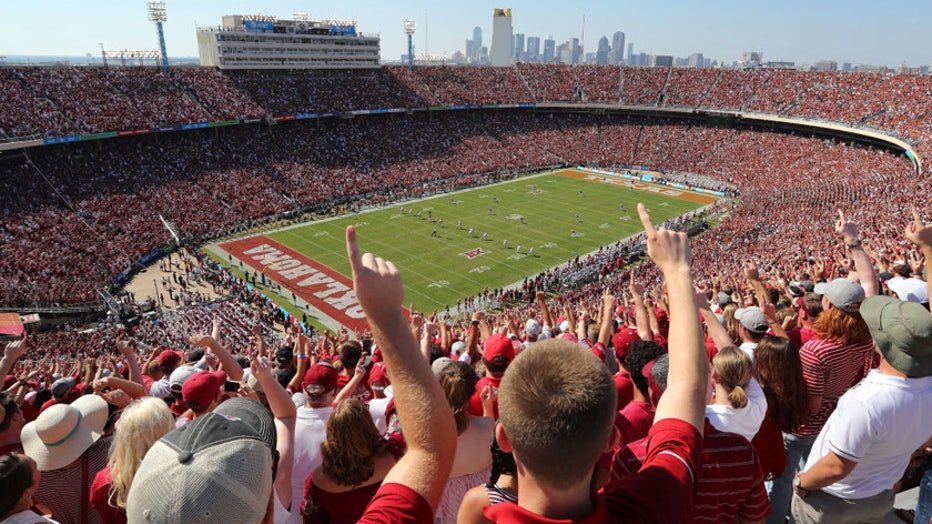 Joining another conference with the grant of rights still in effect is a nonstarter. Texas and Oklahoma would bring no value to their new conference and it would cost the schools tens of millions of dollars per year.

The Big 12 announced Sunday that its executive committee, including Commissioner Bob Bowlsby, held a video conference with the presidents of Texas and Oklahoma.

"The meeting was cordial, and the executive committee expressed a willingness to discuss proposals that would strengthen the conference and be mutually beneficial to OU and UT, as well as the other member institutions of the conference," Bowlsby said in a statement. "I expect that we will continue our conversations in the days ahead and we look forward to discussing thoughts, ideas and concepts that may be of shared interest and impact."

Without Texas and Oklahoma, the Big 12 is in danger of falling apart. Even if it were to stay together by adding other schools, the value of the league would likely be severely diminished when it goes looking for its next television contract.