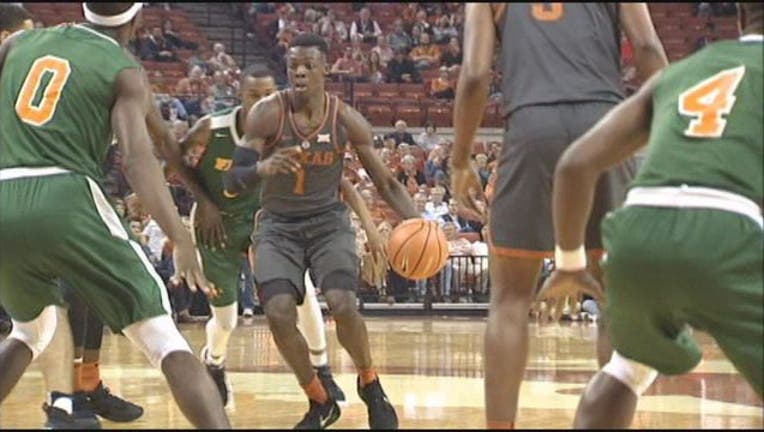 Jones led the team in scoring with a 15-point average before breaking his wrist in December. He played sparingly in his return in late December after complaining of low energy and was sent for tests.

"Speaking for our entire team and staff, we love Andrew and will do everything we can to support his family and help him get back to health," Texas coach Shaka Smart said in the university statement.

No further details on the diagnosis or Jones' condition were immediately released.

Although Texas had said little about Jones' condition, it had become clear that he was facing a serious situation when team officials stopped providing updates out of respect for the family. He didn't travel for Saturday's loss at Baylor. Smart appeared shaken in brief remarks to the media on Tuesday and declined to answer when asked if Jones was hospitalized.

"We know Andrew's a fighter with a strong family and our thoughts, prayers and support are fully behind them. At the University of Texas, will do everything in our power to provide all of the resources we can to assist Andrew and his family," athletic director Chris Del Conte said.

Jones averaged nearly 12 points as a freshman and considered leaving for the NBA draft after but returned to Texas after attending the scouting combine. His sister, Alexis, was a standout at Baylor and plays for the WNBA champion Minnesota Lynx.

Jones' family has dealt with challenges in the past. Andrew was 7 in 2007 when his father was paralyzed in a car accident on an icy road. Jones was ejected from the car but escaped with only some bruising.