Quarterbacks Max Duggan of TCU, Stetson Bennett of Georgia, C.J. Stroud of Ohio State and Caleb Williams of Southern California were announced as finalists for the Heisman Trophy on Monday night.

The award given to the outstanding player in college football, determined by a vote of more than 900 sports journalists and past winners, will be presented Saturday at the Lincoln Center in New York.

Conspicuously absent from the list of finalists is Tennessee quarterback Hendon Hooker, who was the leader of the nation’s No. 1 offense before his season ended Nov. 19 because of a torn anterior cruciate ligament in his left knee.

From backup QB to Heisman contender, Max Duggan is leading TCU on a historic season.

Duggan willed TCU to its first CFP appearance with an inspiring performance in the Big 12 championship game against Kansas State.

Duggan, who had heart surgery two years ago, was at the center of one of the signature sequences of the season. It happened late in the fourth quarter when he broke loose for 40 yards and then, visibly out of breath, ran for an 8-yard TD and completed his 2-point pass to bring the Frogs back from an 11-point, fourth-quarter deficit. Duggan came up just short of the goal line on a run in overtime, and the Frogs lost for the first time this season, 31-28.

"I think if you watch this game today, I think it’s pretty clear that he’s certainly deserving to, if not win the Heisman Trophy, to certainly be in the conversation," first-year TCU coach Sonny Dykes said. "His performance has been gritty week after week after week. The guy is one of the best players in college football. I think it’s pretty obvious."

Duggan, a fourth-year player from Council Bluffs, Iowa, was Gary Patterson’s starter for two seasons before Dykes picked Chandler Morris over Duggan in the preseason. Duggan regained the job for the second game because of an injury to Morris and ended up leading the Big 12 in every major passing category. 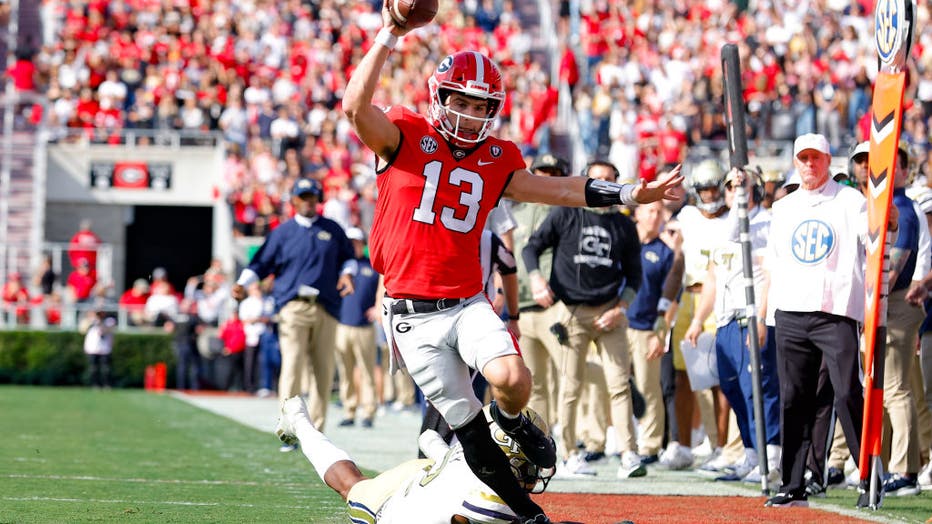 ATHENS, GA - NOVEMBER 26: Stetson Bennett #13 of the Georgia Bulldogs scrambles in the first half against the Georgia Tech Yellow Jackets at Sanford Stadium on November 26, 2022 in Athens, Georgia. (Photo by Todd Kirkland/Getty Images)

Bennett had been a bit under the radar as a Heisman candidate and perhaps a mild surprise to be one of the top four vote-getters for no reason other than that his statistics don’t jump off the page.

"I don’t even know what to think right now," Bennett said. "We have a lot of good players who make me look good. It’s special. This honor is all about my teammates and this team. I wouldn’t be here if we didn’t have the team that we have. This honor is for them."

Bennett, a sixth-year player from Blackshear, Georgia, does know how to win, though. He has quarterbacked the defending national champion Bulldogs to a second straight spot in the College Football Playoff and is 24-1 as a starter since last season.

Bennett was most valuable player of the Southeastern Conference championship game after throwing for 274 yards and four touchdowns in a 50-30 win over LSU that ran the Bulldogs’ record to 13-0.

Of Georgia’s three all-time wins over a No. 1-ranked team, Bennett was quarterback for two of them. He was at the controls for the Bulldogs’ win over Alabama in the national championship game last January, and he passed for two TDs and ran for another in a 27-13 win over Tennessee last month.

"I understand what Coach (Kirby) Smart means when he says that success comes to those who don’t look for it or are too busy working to look for it," Bennett said. "I have never thought about the Heisman. I just wanted to play quarterback at Georgia. I just wanted to play football. I’m thinking of the players and people who have been in this with me. Regardless of who wins, it’s a huge honor to be in this group." 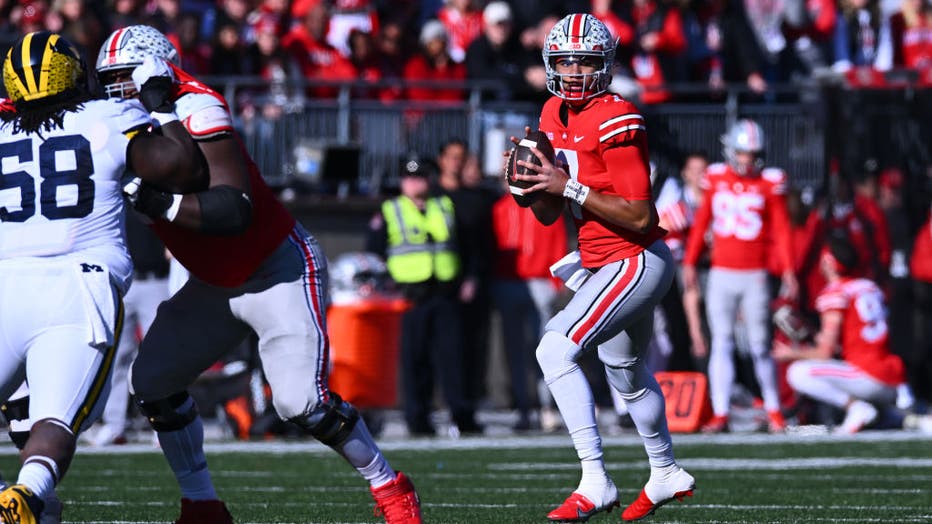 COLUMBUS, OHIO - NOVEMBER 26: C.J. Stroud #7 of the Ohio State Buckeyes drops back to pass during the first quarter of a game against the Michigan Wolverines at Ohio Stadium on November 26, 2022 in Columbus, Ohio. (Photo by Ben Jackson/Getty Images)

Stroud, in his third season out of Inland Empire, California, is a Heisman finalist for the second year in a row. He was fourth in voting last year. He came into this season regarded as the front-runner and remained the favorite as Ohio State piled up impressive numbers through the first eight games.

But he struggled against Northwestern, the worst team in the Big Ten, and he couldn’t rally the Buckeyes in the second half of their most recent game, a 45-23 home loss to Michigan.

Still, Stroud has the nation’s highest passer rating and is tied for the lead with 37 touchdown passes. 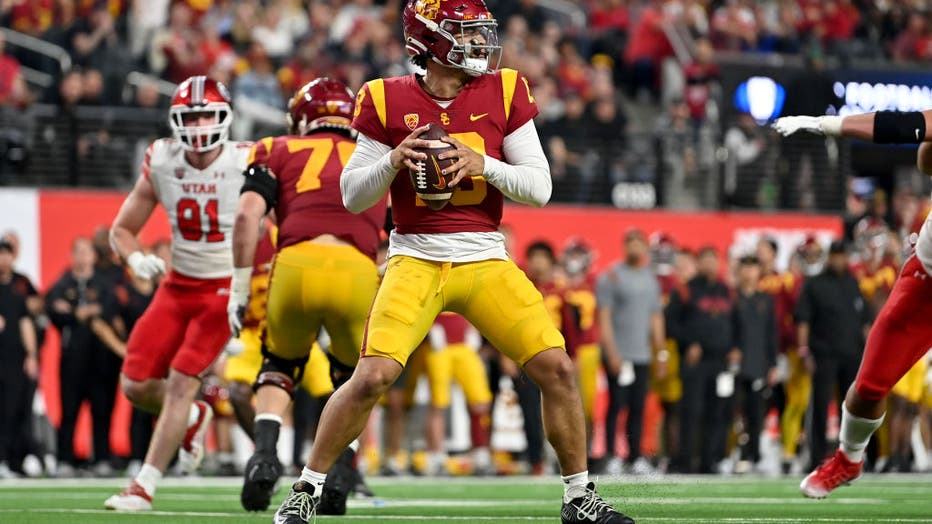 LAS VEGAS, NEVADA - DECEMBER 02: Caleb Williams #13 of the USC Trojans stands in the pocket during the third quarter of the PAC-12 Championship football game against the Utah Utes at Allegiant Stadium on December 02, 2022 in Las Vegas, Nevada. The Ut

Williams transferred to USC from Oklahoma in February, two months after Lincoln Riley was hired away from the Sooners.

The second-year player from Washington is responsible for a nation-leading 21.7 points per game. He turned in a gutty performance in the Pac-12 championship game Friday, injuring his left hamstring on a 59-yard run in the first quarter but staying in the game and finishing with 363 yards passing and three touchdowns despite a noticeable limp in the 47-24 loss to Utah.