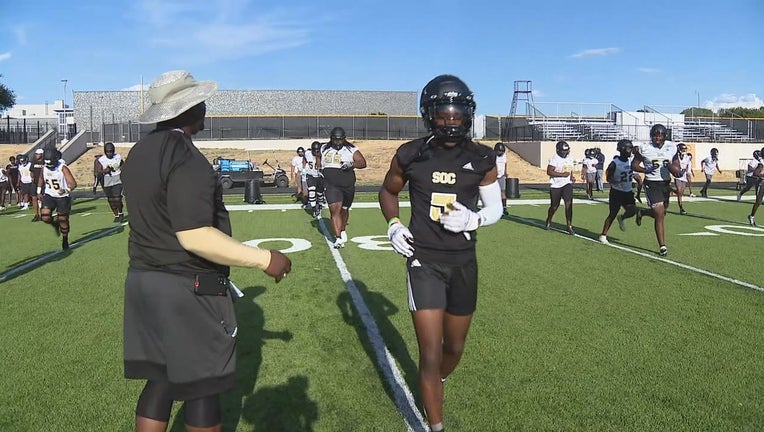 DALLAS - South Oak Cliff’s Golden Bears said they are ready to defend their state title as they get ready for the upcoming high school football season.

Head coach Jason Todd said the Golden Bears are hungry to repeat but are not feeling added pressure to live up to higher expectations.

"You know, these kids, they came back with the same mindset after the season was over. They were back in the weight room before we even put them in the weight room," Coach Todd said. "It’s not like we’ve got to tell them what to do. Now they know what to do and they’re out there doing it on their own. And that’s par of being a championship program."

South Oak Cliff opens the season on Aug. 27 against Duncanville.

The game will be televised nationally.