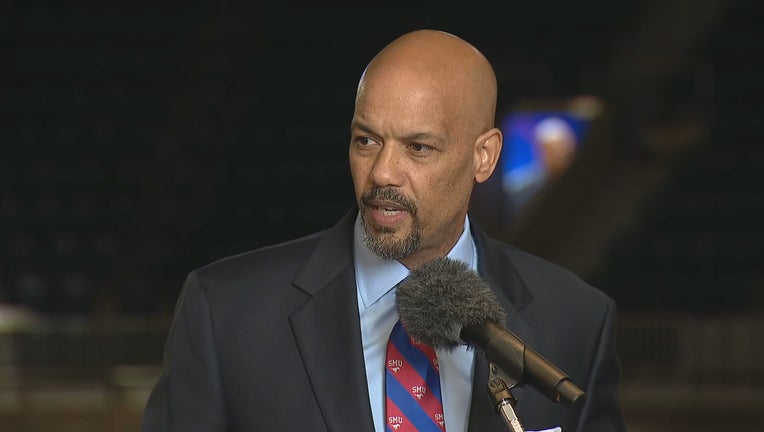 Lanier comes from Georgia State, where he spent the past three seasons as head coach.

He has more than 30 years as a collegiate coach, seven of which was as a head coach. He was an assistant at the universities of Tennessee, Texas and Florida.

The 53-year-old said he learned a lot when he lost his first head coaching job at Siena College in New York.

"When it came time that I knew I was going to have another chance to be a head coach, I made a commitment to myself that the young people that I coach will not experience self-doubt. That you will be empowered, you will play with great confidence and I will be your biggest supporter if you work.," he said.

He said he hopes to make SMU a regular fixture in the tournament.

SMU made it to the National Invitational Tournament but lost in the second round.

Lanier is replacing Coach Tim Jankovich, who announced his retirement.