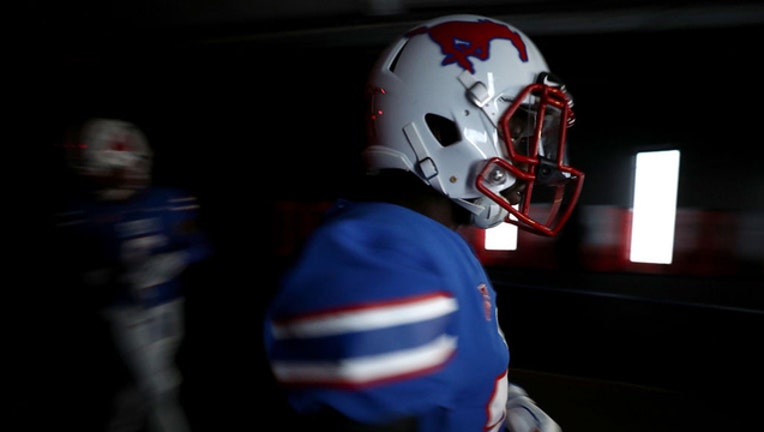 DALLAS (AP) - Brandon Crossley picked off a Seth Henigan pass in the back of the end zone with two seconds left to preserve SMU's 34-31 win over Memphis Saturday in the regular-season finale for both schools.

Henigan drove the Tigers 76 yards to set up second-and-goal at the SMU 9 with 14 seconds left, needing only a field goal to send the game into overtime. He rolled to his left and floated a pass intended for a receiver streaking along the end line only to have Crossley make a leaping interception.

Tanner Mordecai fired 24 yards to Rashee Rice early in the fourth quarter, then drove the Mustangs 66 yards in 12 plays to set up Collin Rogers' 23-yard field goal to take a 34-23 lead.

But Henigan answered by hitting Roc Taylor from 7-yards out, then finding Gabriel Rogers for a two-point conversion to pull Memphis within 34-31 with 2:36 left in the game.

SMU's Austin Upshaw pounced on the on-sides kick, but the Mustangs could not make a first down and punted, giving the Tigers the ball at their own 16.

SMU won for just the fifth time in 15 meetings with Memphis. Since both teams joined the AAC, the Tigers lead the series 7-3.