“If SMU’s winning, Dallas is winning. I love the uniforms, I love what you all are doing,” said councilman David Blewett, who played for SMU in the 1980s.

DALLAS - The SMU football team was recognized by the Dallas City Council on Wednesday after its win over rival TCU.

Members of the team and coach Sonny Dykes brought the Iron Skillet, the trophy the two teams play for, to the meeting and took photos with the council.

The Mustangs defeated TCU 41-38 last Saturday in Fort Worth. It was the first time SMU beat the Horned Frogs since 2011 and they did it wearing special uniforms with “Dallas” on the front of the jersey and the “Triple D” city logo on the SMU helmet.

“If SMU’s winning, Dallas is winning. I love the uniforms, I love what you all are doing,” said councilman David Blewett, who played for SMU in the 1980s. 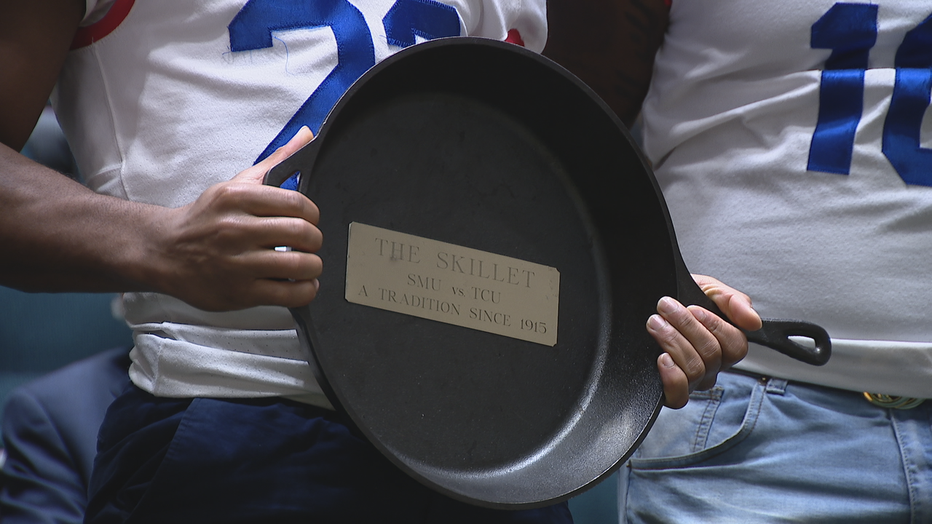 Blewett brought his SWC championship ring from 1984 to show off as he spoke.

It wasn’t just city pride that had the council excited. Dallas Mayor Eric Johnson made a bet with Fort Worth Mayor Betsy Price on the game, with the winning team’s mayor getting lunch from the losing team’s mayor. So, the Dallas council got to eat a fully catered lunch from Fort Worth’s Heim Barbecue courtesy Mayor Price.

SMU looks to move to 5-0 this weekend when it travels to Tampa to take on the University of South Florida. 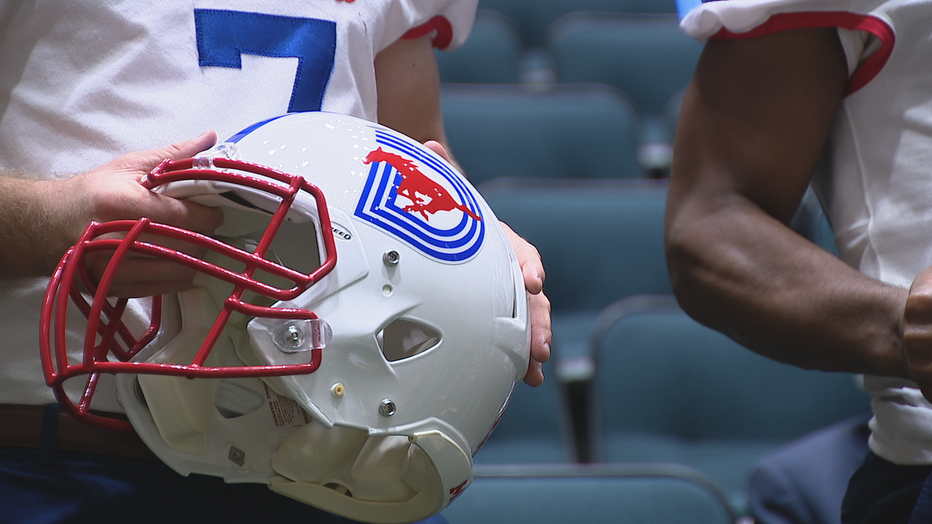