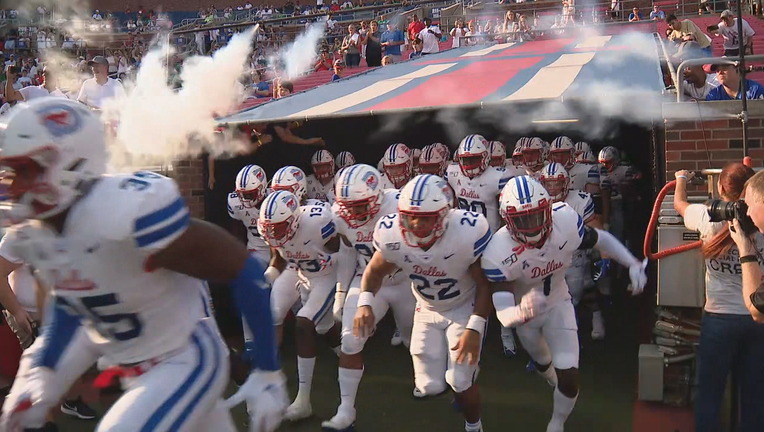 SMU hasn’t started a season 3-0 since 1984 – three seasons before the NCAA hammered the program with the death penalty. Saturday night is also a chance for the Mustangs to get halfway to bowl eligibility after just missing out on a bowl last season.

SMU head coach Sonny Dykes on potentially opening 3-0: "I heard that. I was a little surprised. They've had some good football teams around here so one thing that historically SMU has done has played a good nonconference schedule. I think that probably has something to do with the fact, that it's really competitive nonconference schedule, really good football teams. So it's got something to do with that history a little bit, but I think any time you can take steps as a program, that's a good thing.”

SMU defeated North Texas, 49-27, for its third win in its last four home openers… SMU started the season 2-0 for the second time in three years… Xavier Jones was named the AAC Offensive Player of the Week after rushing for three touchdowns vs UNT… Patrick Nelson was named AAC Defensive Player of the Week after seven tackles, two sacks and an interception vs UNT… SMU has at least one takeaway in 13 straight games… Jake Spavital is in his first season as Texas State head coach… Spavital and Dykes were on the same staff together when Dykes was head coach at Cal.