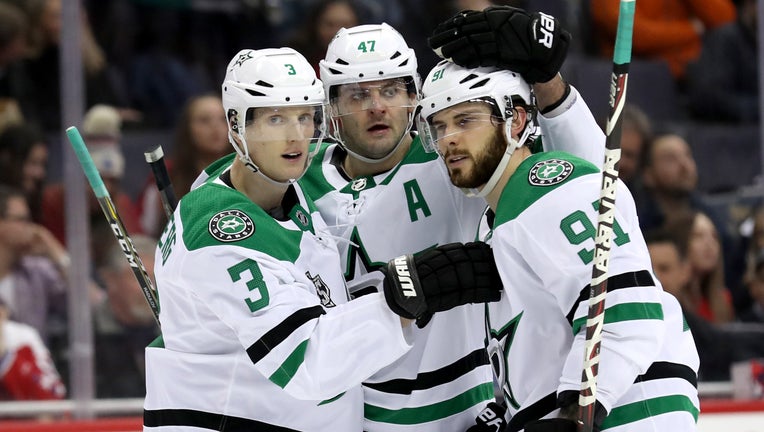 DALLAS - Tyler Seguin and captain Jamie Benn are already talking about what they haven't been able to do in six seasons together with the Dallas Stars: reach the playoffs in consecutive years.

The franchise hasn't made back-to-back trips to the postseason since a long stretch of Stanley Cup contention ended in 2008, so it's a topic of conversation elsewhere in the locker room as well heading into the opener Oct. 3 at home against Boston.

"That's the message," Seguin said. "We want to be consistent here. We want to have that identity and culture and environment that is a championship environment. That's year after year. That's day after day. That's shift after shift. Made good steps forward last year. Now let's keep going."

When a trade brought Seguin and Benn together in 2013-14 two seasons after Seguin won the title as a 19-year-old rookie in Boston, the Stars immediately made the playoffs, losing in the first round to Anaheim. But then Dallas the postseason three of the next four years.

"It's hard to get into the playoffs," Benn said. "It's hard to be good every year. So that's a focus of ours this year. Stay consistent, battle every day and try to keep getting better."

The 35-year-old Pavelski signed a three-year deal after spending his first 13 seasons in San Jose. Corey Perry is on a one-year contract after a buyout in Anaheim, where the 34-year-old played his first 14 years.

Pavelski is getting $7 million per season to be another threat alongside the top three scorers in Seguin, Benn and Alexander Radulov. The expectations are lower for Perry, who signed for $1.5 million and might miss the opener after breaking a bone in his foot just before the start of training camp.

Defenseman Andrej Sekera was an overshadowed addition in free agency. But the 33-year-old could be an important veteran for a group mostly led by Klingberg, who once was the young phenom but is now 27 going into his sixth season. The new young phenom is Heiskanen, who had a standout rookie season as a teenager and was good in the playoffs as well.

The Stars went with Pavelski rather than trying to bring back Mats Zuccarello, a trade deadline addition who broke his right arm in his first game with Dallas last season. Jason Spezza signed with his hometown Toronto Maple Leafs in free agency after a reduced role in his final two seasons with the Stars.

Lower productivity was the reason for a profane midseason rant by team CEO Jim Lites against Seguin and Benn, who had his fewest points in a full season (53) since scoring 41 as a rookie in 2009-10. The biggest difference was assists, with the 2015 Art Trophy winner as the league's top scorer getting just 26 coming off five straight seasons with at least 43 each year.

"I had a lot of motivation this summer," Benn said. "Obviously with the additions that we have, the young players that we have here are tremendous. The team we have, it's kind of in the back of my mind that I need to have a better season personally to help this team."

Bishop had a career year with an NHL-best .934 save percentage and 1.98 goals-against average. Anton Khudobin should get plenty of playing time in the regular season again, but Bishop will be the guy in the playoffs again if he's healthy and the Stars qualify.

Jim Montgomery guided Dallas to the playoffs as a rookie coach making the jump from college, and did it despite

Now Montgomery is trying to get the Stars past the second round for the first time since they lost to Detroit in the Western Conference finals in 2008. At that point, the Stars had made the playoffs 12 of 14 seasons since moving to Dallas, including a title in 1999.

"I think with the success we had, the little bit of success we had in our playoffs, combined with the roster additions, the expectation is we should make the playoffs," Montgomery said. "Well, we've got to go out and earn it. That's the way we're looking at things."

The defending champion Blues are also in the Central Division, but the Stars are well-positioned for a run at the division title and the top seed in the West.