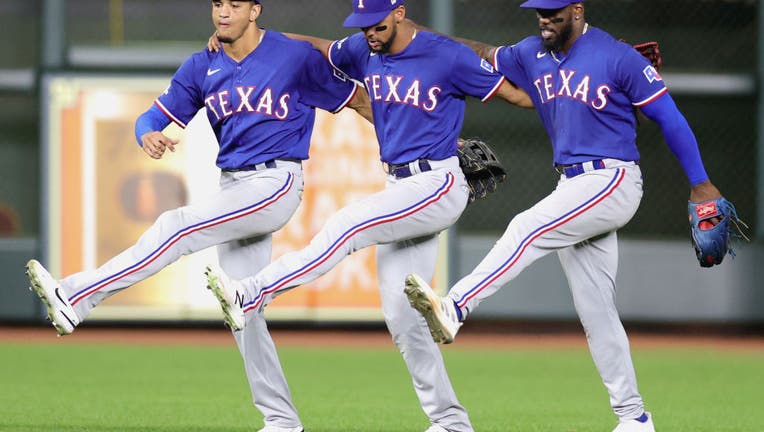 HOUSTON - Corey Seager scored the go-ahead run on a wild pitch in the seventh and the Texas Rangers snapped a nine-game losing streak with a 4-3 win over the AL West-leading Houston Astros on Tuesday night.

After allowing three runs in the second, Valdez calmed down and retired 10 straight.

"I don’t think I changed anything," Valdez said through a translator. "I continued with the same attack plan. I think we just made some adjustments there."

The four runs were the most allowed by Valdez since giving up four, including two earned, on June 11 against the Marlins.

Texas regained the lead in the seventh when Seager, who had reached on an error, scored on a Valdez wild pitch with two outs.

"We were able to put together a good ballgame tonight, get a lead early," Texas interim manager Tony Beasley said. "We kept things at bay, and then added one on, so it’s good to get that (losing streak) behind us."

Taylor Hearn (6-7) pitched two shutout innings for the win. Jose Leclerc pitched around a walk in the ninth for his third save.

"The physical errors happen sometimes, and when they happen, they seem to happen in bunches," said Astros manager Dusty Baker. "Let’s get them out of the way, and hopefully, it’s a long time before we make some more."

The Rangers got to Valdez with three runs in the second. Ezequiel Duran hit a two-run double, and Sam Huff followed with a single, with Duran scoring on an errant throw to first by Altuve.

"It’s a tall order," Beasley said of facing Valdez. "He’s tough. We knew what we were up against when we went into this game, but to have that in the second inning, to put those back-to-back-to-back at bats against him were a plus for us."

Valdez’s quality starts streak is the longest in the majors this season and longest since Jacob deGrom made 26 straight quality starts from May 18, 2018 to April 3, 2019. He is tied for the fourth-longest steam in major league history with Jack Taylor, who did it in 1902.

"It was vintage Framber," Baker said. "He had a good breaking ball. … He was good. Just that one crooked inning, and then, he was pretty good."

Rangers: RHP Jon Gray (left oblique strain) plans to throw prior to the game on Wednesday in Houston. … RHP Joe Barlow (right index finger blister) is scheduled to throw off the mound Wednesday for the first time since going on the injured list on Aug. 19. … RHP Spencer Howard (right shoulder impingement) is scheduled for a rehabilitation start on Sunday with Triple-A Round Rock. … OF Eli White (right wrist fracture) is scheduled to begin a rehab assignment on Wednesday in Round Rock. … INF Brad Miller was out of the lineup for a sixth straight game due to right hip discomfort.

Astros: Baker said closer Ryan Pressly (neck) did not come off the injured list as expected because "he was still feeling some soreness." Pressly originally went on the IL on Aug. 25.

LHP Cole Ragans (0-2, 4.42 ERA) is expected to come off the 15-day injured list on Wednesday and start for the Rangers opposite RHP Cristian Javier (8-9, 3.07 ERA) for the Astros in the finale of the three-game series.