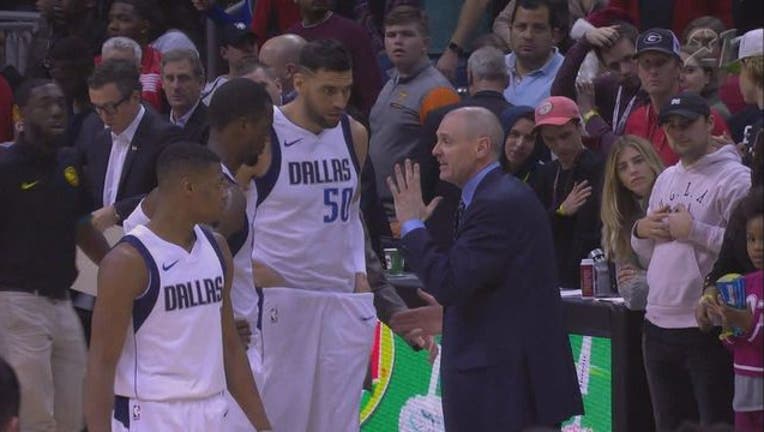 ATLANTA (AP) - Dennis Schroder matched his career high with 33 points, including 27 in the second half, to help the Atlanta Hawks beat the Dallas Mavericks 112-107 on Saturday night in a matchup of last-place teams.

After missing Friday night's loss at Oklahoma City with a sprained ankle, Schroder hit a tiebreaking 3-pointer with 1:21 left to put Atlanta ahead 110-107.

Ersan Ilyasova added 19 points and seven rebounds for the Hawks (8-25), who got 13 points off the bench from rookie John Collins and won for just the second time in eight games.

Harrison Barnes led the Mavericks (9-25) with 22 points. Dirk Nowitzki scored 18, and J.J. Barea had 15 points and 12 assists off the bench as Dallas lost for the eighth time in 10 games.

The Mavericks led 53-48 at halftime before Schroder warmed up in the third quarter with 12 points to help Atlanta take a 10-point lead.

Dallas countered several times and tied the game on a 3-pointer by Barea with 2:28 remaining. The Mavericks scored just two points the rest of the way.

Atlanta, which opened the season with a 117-111 victory in Dallas, completed a two-game sweep of the season series.

Hawks: Collins went 6 for 9 and has shot at least 50 percent from the field in 14 consecutive games, stretching his franchise rookie record beyond Stacey Augmon's 11 straight games in 1991-92. The first-round draft pick from Wake Forest scored 10 points in the first half. ... One night after scoring a season-high 27 points in his first start of the season, Marco Belinelli was scoreless in the first half off the bench and finished with two points. ... Malcolm Delaney also set a season high Friday with 20 points. He had seven on Saturday. ... Atlanta is 1-7 in the second game of back-to-backs.