A North Texas teenager with big league dreams will soon hear his name called in the Major League Baseball draft. It took more than just physical gifts to make that dream a reality.

ROCKWALL, Texas - A player from North Texas hopes to hear his named called in the first round of the Major League Baseball draft.

People doubted Jett Williams when he set that goal years ago. Now it’s nearly a reality.

Jett’s dad is the one to thank for his perfect sports name.

"Mom wasn’t too fond of it. And then we started with John Travolta’s son’s name is Jett. Next thing you know she was like alright. She gave in, so we rolled with it," his dad, Richard Williams, said.

Thank goodness Jett is fast because his height has always been an issue. The 5-foot 8-inch athlete said it’s always been a bit of a chip on his shoulder.

"I try to prove everybody wrong," he said.

So, he started to train like a big leaguer in middle school. 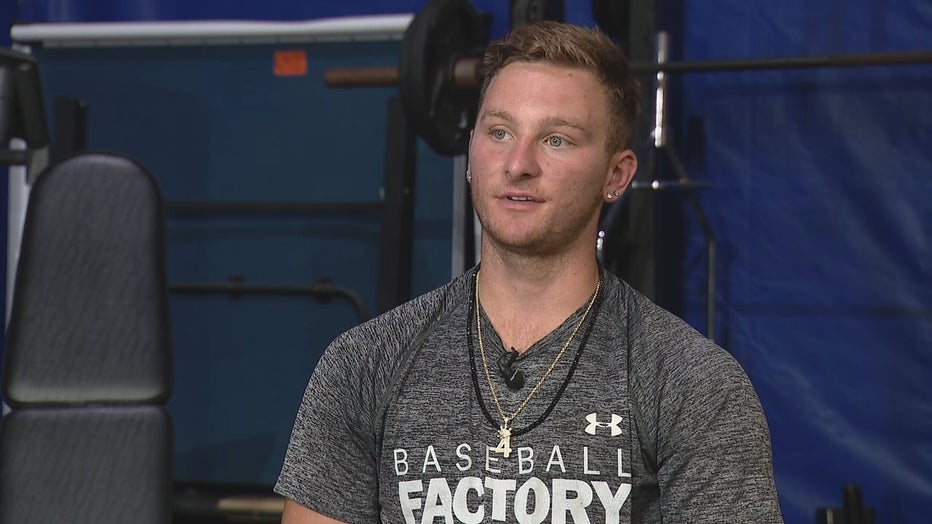 Heading into his freshman year at Rockwall Heath, Jett’s dad gave him a new way to work out his mind – the goal board.

"It started off as a little white dry-erase board, and now it’s grown into this huge clear acrylic board.

"He was like go right down some goals. Just write down the goals that you think you should accomplish and what you want to achieve this year. After that I wrote them down, woke up every morning and looked at them. Went to sleep and looked at them. And by the end of the season, I checked off all ten. I was like, hmm," Jett said.

"A light bulb went off and then from then on he’s just been on it," his dad said.

The number one goal on the board has not changed – to become a first-round pick in the Major League Baseball draft.

Some of Jett’s friends gave him a hard time about his goal, but he just shrugged them off.

Sticking to his motto of out working everyone, Jett added 45 pounds of muscle during his high school career and led Heath to a state title.

He solidified himself as a dynamic five-tool shortstop but still found himself without an invite to several major All-Star games likely because of his height.

"They seem to kind of leverage toward the larger stature guys, and it would really upset him," Jett’s dad said.

But now that he’s eligible for the MLB draft, all signs point toward Jett getting to check that number one goal off his board.

Four different major draft outlets project Jett will be selected as one of the top 20 picks.

"I feel like no matter how tall you are, just believe in yourself. That’s the key," he said.