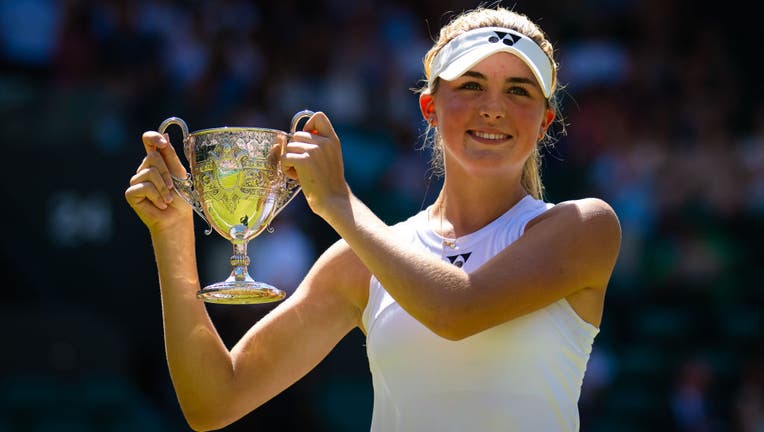 LONDON, ENGLAND - JULY 09: Liv Hovde of the United States poses with the champions trophy after defeating Luca Udvardy of Hungary in the Girls Juniors singles final during Day Thirteen of The Championships Wimbledon 2022 at All England Lawn Tennis an

Hovde beat Luca Udvardy of Hungary 6-3, 6-4 on No. 1 Court to become only the second American girl to win the title at the All England Club in the last 30 years.

In the girls' doubles final, Angella Okutoyi of Kenya and Rose Marie Nijkamp of the Netherlands beat Kayla Cross and Victoria Mboko of Canada 3-6, 6-4 (11-9).

In the boys' doubles final, Sebastian Gorzny and Alex Michelsen of the United States defeated Gabriel Debru and Paul Inchauspe of France 7-6 (5), 6-3.