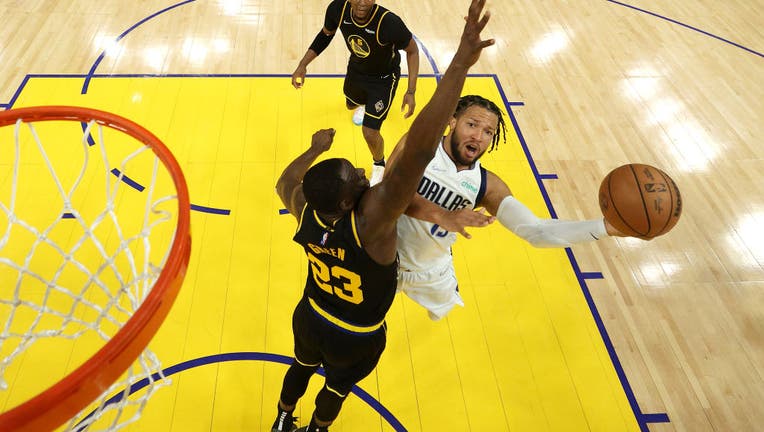 SAN FRANCISCO, CALIFORNIA - MAY 26: Jalen Brunson #13 of the Dallas Mavericks drives to the basket against Draymond Green #23 of the Golden State Warriors during the third quarter in Game Five of the 2022 NBA Playoffs Western Conference Finals at Cha

DALLAS - The Mavericks may try one desperate shot to keep guard Jalen Brunson in Dallas.

According to Yahoo Sports, the 25-year-old will meet with owner Mark Cuban, head coach Jason Kidd and the team's general manager. They will reportedly offer him a five-year and $106 million deal.

But on Wednesday, ESPN reported the New York Knicks planned to offer Brunson a four-year contract for $110 million. His father is an assistant coach there.

He rejected an offer for about half that much earlier this year while still under contract with the Mavs.

"It’s the market. The market calls for that. You see it all over the place. Football players, quarterbacks, guys getting all these big salaries and big contracts and it happens in basketball too," said Mark Elfenbein, a sports radio host at 1310 The Ticket. "We’re thrilled with what he’s become, and I think everybody in the NBA sees it. And you can’t let him get away. Luka and him get along great."

Brunson will reportedly meet Thursday with the Knicks and the Miami Heat, in addition to the Mavs.

He stepped up to lead the Mavs when the team’s biggest star, Luka Doncic, was injured during the playoffs.