The Dallas Mavericks have reportedly closed down their practice facility after another player tested positive for COVID-19.

DALLAS - The Dallas Mavericks have reportedly closed down their practice facility after another player tested positive for COVID-19.

On Friday, the Dallas Stars were forced to shut down because of COVID-19.

Now, the Mavericks have also been impacted by the virus after losing a fourth player to NBA health and safety protocols.

The team was down three players, Jalen Brunson, Josh Richardson and Dorian Finney-Smith, after one of them tested positive and the other two were out for contact tracing protocols.

They had to stay in Denver Thursday after the team’s game against the Nuggets, while the rest of the team made the trip back to Dallas to continue the season. 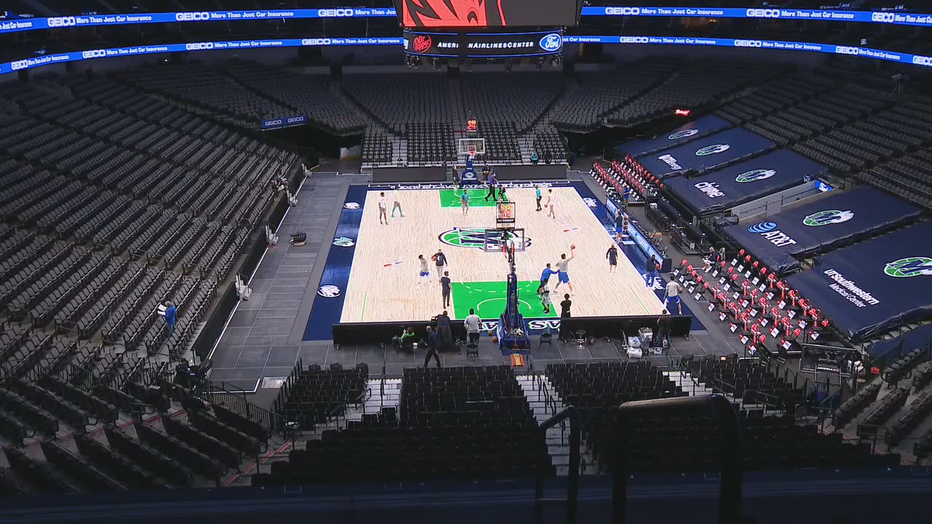 According to an ESPN report, Maxi Kleber has now tested positive for the coronavirus.

He played 24 minutes in the Mavs' win over Orlando at the American Airlines Center.

The Mavericks are scheduled to host the Pelicans Monday night, but it’s unclear if that game will go on as scheduled.

At this point, Dallas appears to be down to 11 players with the loss of the four players, along with injured Kristaps Porzingis.