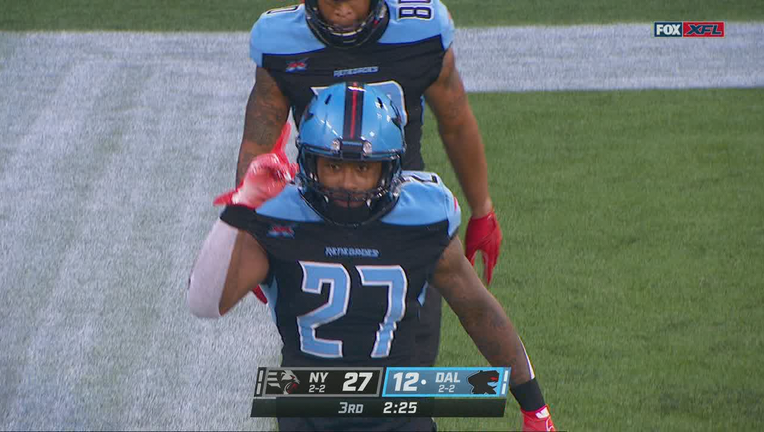 ARLINGTON, Texas - After the Dallas Renegades reached the halfway point of their 10-game regular season, they are still seeking their first win at home after losing to the New York Guardians 30-12.

This was the team’s third game at Globe Life Park.

Philip Nelson started at quarterback for the Renegades with Landry Jones out injured.

The game was tied 6-6 at halftime after four field goals, but the second half was all Guardians.

Luis Perez and Colby Pearson connected for an 80-yard touchdown, and on the ensuing drive, Nelson tried to answer, but instead, his pass was picked off by Ryan Mueller and taken back for a pick six.

The Renegades drop to 2-3, with all three loses coming at home.